Fixed capital formation refers to the process of a firm increasing its stock of fixed capital.

Fixed capital can also be referred to as Property, Plant, and Equipment (PP&E). For example, if a firm builds a new factory or invests in new machines, this will be an accumulation of fixed capital.

Gross fixed capital investment means it doesn’t take into account the consumption of fixed capital. i.e. it ignores the effect of depreciation (e.g. a machine wearing out).

Gross fixed capital formation as defined by the European System of Accounts (ESA) consists of resident producers’ acquisitions, less disposals, of fixed assets during a given period plus certain additions to the value of non-produced assets realised by the productive activity of producer or institutional units. (OECD) 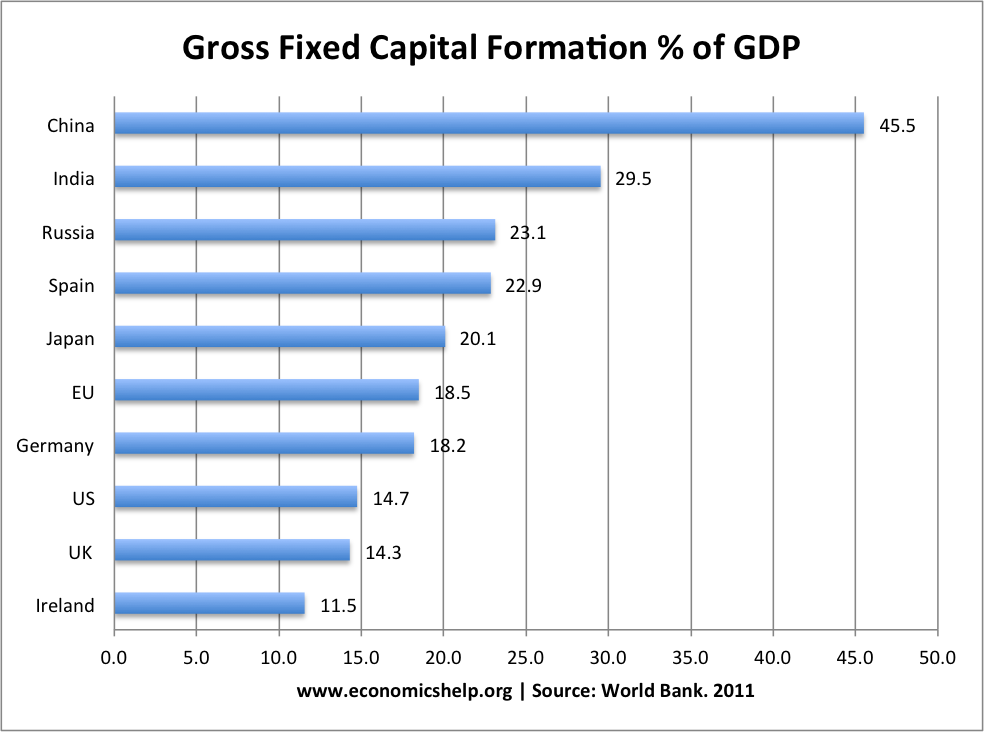 China has one of the highest GFCF as a % of GDP 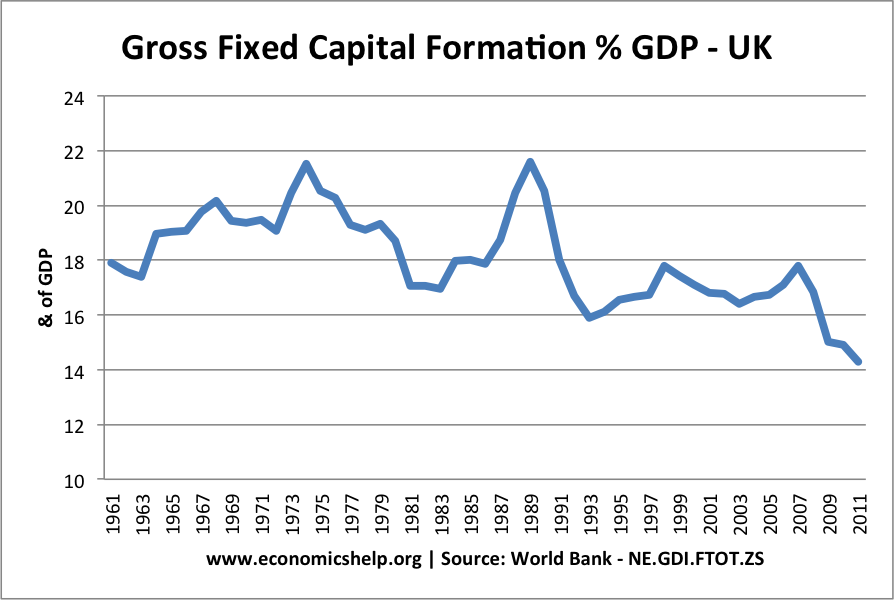