Readers Question: Can you Spend Your Way to Full Employment?

Currently, all major economies are a long way from full employment. Unemployment rates are close to 10% and recent years of negative or low growth have left an output gap. 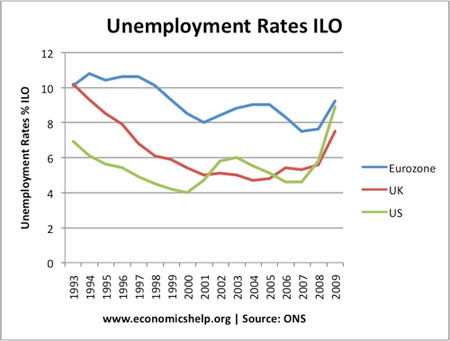 How Spending can Create Full Employment.

Demand deficient unemployment occurs when there is a fall in aggregate demand leading to negative economic growth. As output fall, firms employ less workers. In this situation of falling output and low confidence, individuals are more likely to save and reduce their own spending. (paradox of thrift)