Readers Question: how the unemployment and inflation is related to country’s economy 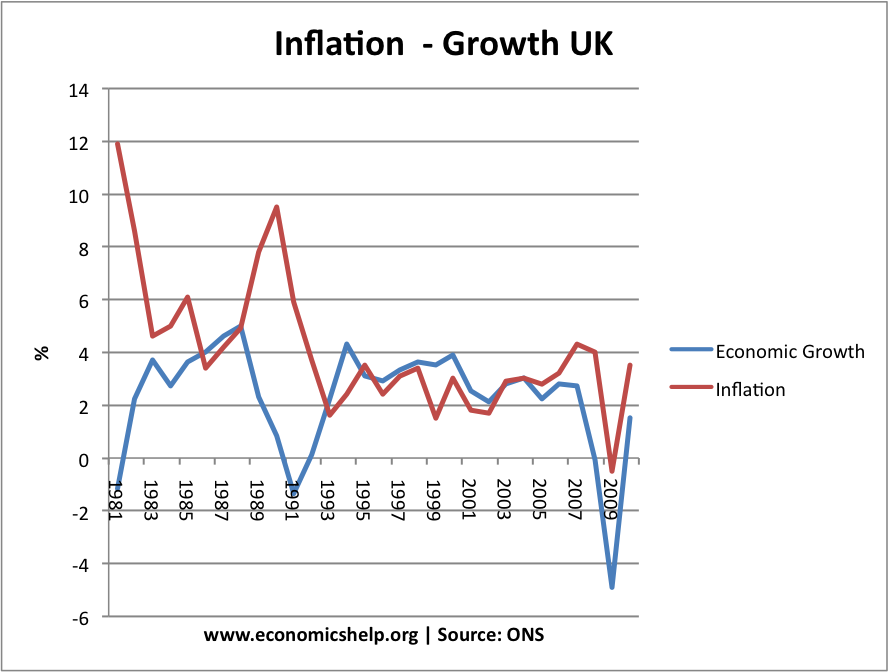 % annual change in growth and inflation.

Economic Growth and Inflation. In periods of high economic growth we often see a rise in inflation. This is especially true when economic growth is above the long run trend rate. When AD increases faster than AS, then inflation is likely to occur. For example, in the Lawson Boom of the late 1980s inflation increased from 3% to 10%

It is also worth bearing in mind that in recent years many supply side factors have helped keep inflation down. e.g. improved technology and lower raw material prices. 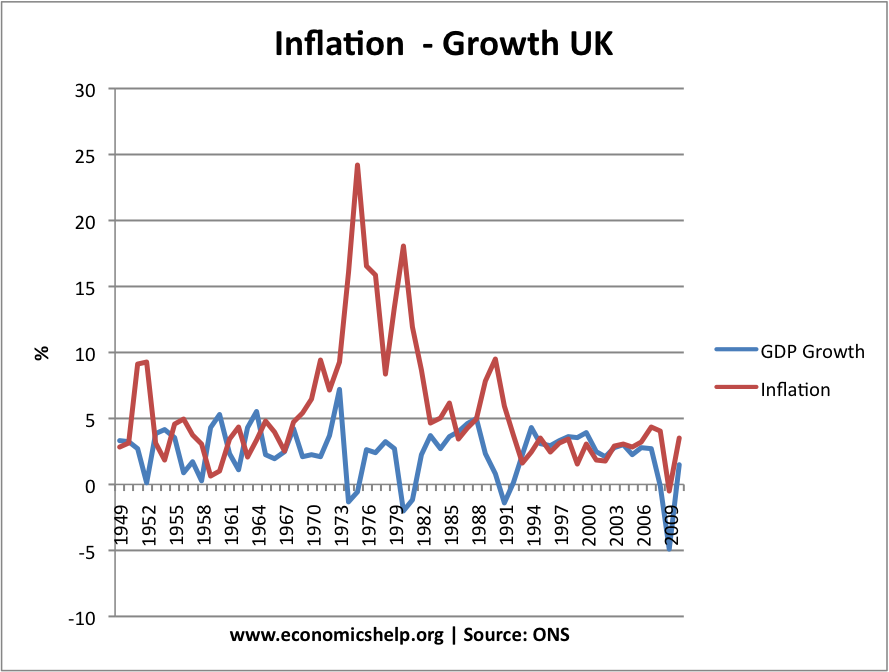 % annual change in growth and inflation