Explain the role of the main economic groups: consumers, producers and the government.

Within an economy, there are three main groups of agents.

Governments regulate the economy. This includes

The first three groups imply a ‘closed economy’, but in practise, most economies are open economies with trade forming a significant proportion of economic activity. 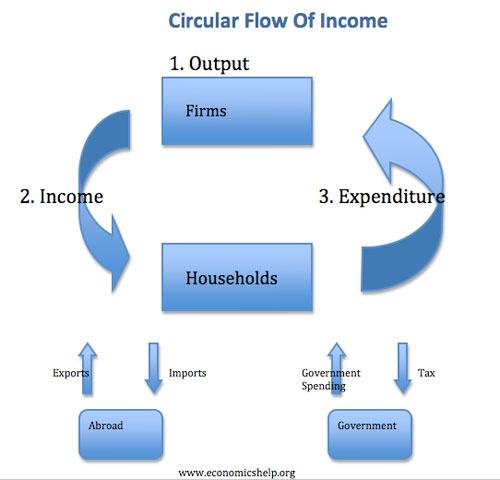 The circular flow of income