Effect of a devaluation on the terms of trade

Effect of an appreciation on the terms of trade 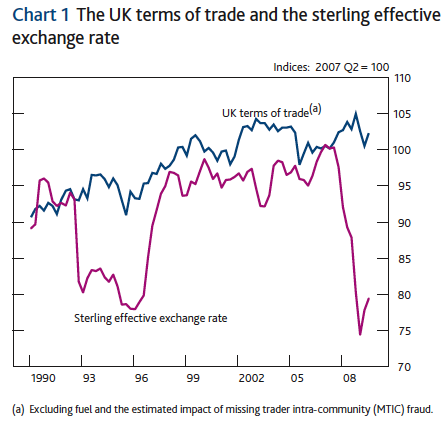 Source: B of E Publication Explanation of Stability of Terms of Trade

Why did the UK terms of trade not deteriorate as expected in 2008?