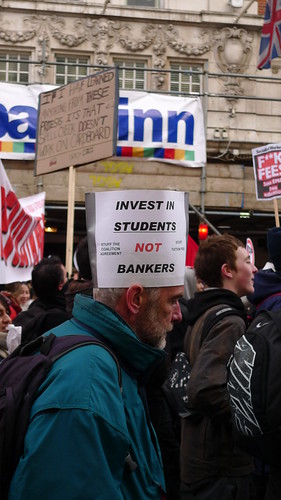 We tend to assume education is a merit good. – A beneficial good that has external benefits for society. However, another approach to education considers how education acts as a signal of ability.

Signalling in education suggests productivity is independent of education, but education acts as a credential for greater ability.

In other words, if you are able to get good A levels and get a 2.1 degree from a respected university, then a firm will have evidence that you have certain valuable skills, such as the ability to learn and write. Therefore, you are more likely to get a highly paid job. However, the education might not actually increase your labour productivity, but only show you have the capacity to be an able worker. For example, a degree in ancient Greek may never be used in your job as an accountant. In this case, the only function of higher education is signalling your ability.

If it is true, that higher education only acts as a signal, then it can be seen as economically inefficient, and maybe there is a better way to signal ability than an expensive three years of studying?

A report by Richard Blundell and colleagues in the February 2000 Economic Journal, suggest some reasons higher education may have mainly a signalling function. [1. link to blog post, pdf not available]

If education is merely signalling function, this would suggest

Signalling is not the only function of higher education. Clearly some degrees play a key role in training a workforce to have higher labour productivity. For professions such as research scientists, teaching, doctors, and medicine, a degree is indispensible, to claim it is only a signal would miss some skills that taking a degree can teach.

However, for other degrees and less academic students, the role of signalling may be an important part in the value of education. If higher education acts more as a signal for ability rather than raising labour productivity, it has important consequences such as for the debate about paying for university education and what the optimal rate of higher education is.

5 thoughts on “Signalling in Education”