Money Supply is an important indicator of economic activity. A slowdown in money supply growth hints the EU is facing the prospect of very low inflation or even deflation.

Since the start of 2010, the growth of M1 has fallen significantly for the Euro area. These figures show the whole Eurozone area, however, in the South, M1 figures are even worse. 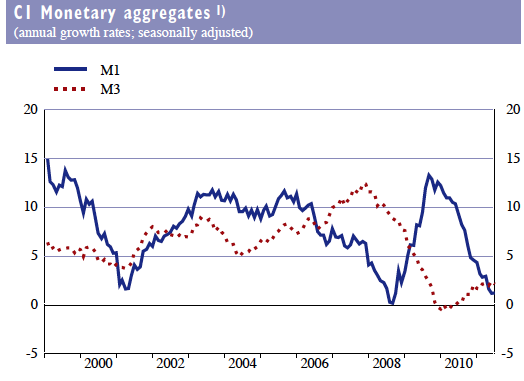 This fall in the Money Supply is a real cause for concern; it shows an economy heading towards economic slowdown and recession. It raises the possibility of deflation (once commodity prices stop rising).

Money Supply figures always needed to be treated with some caution. However, the trend clearly shows a slowdown in economic activity. A fall in the growth of M1 (narrow money supply) and M3 (broad money supply) broadly mean that economic activity is slowing down. Inflation is likely to be falling in the future. (see: link between money supply and inflation)

This fall in the money supply growth (and continued output gap and high unemployment) is something the ECB should be worried about. Yet, their primary concern seems to be only budget deficits and fighting inflation. However, with these figures,

Why Money Supply Growth has been falling 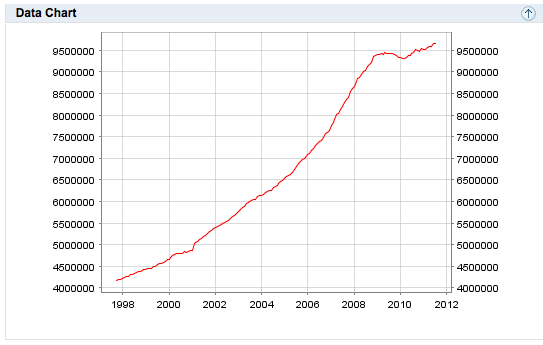 This graphs shows the usual growth rate in M3. This has strongly been checked since 2009.