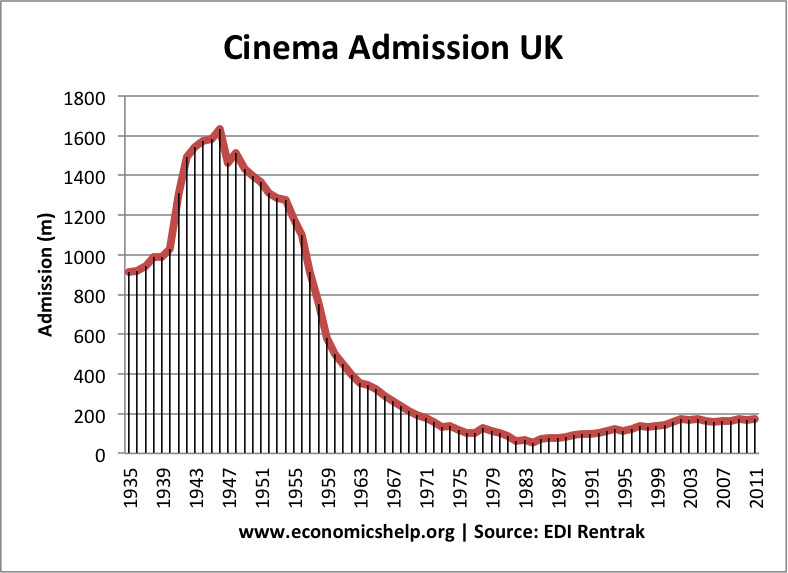 In the 1930s, the cinema was one of the main forms of entertainment in the UK. During the war years, and post-war austerity of the 1940s, cinema-going reached a peak at over 1.64 billion admissions in 1946.

After this postwar peak, there was a gradual decline in the 1950s, before a dramatic drop throughout the 1960s and 1970s.

By 1984, annual cinema admissions had fallen to a low of just 54 million. It seemed a classic example of a product life cycle that was coming to the end.

However,  just as people were writing the obituaries of the humble cinema, since 1984 there has been a notable turnaround in the popularity of the cinema, with annual attendances increasing to just under 180 million. It’s still a far cry from the 1940s, but it’s evidence that new technology doesn’t have to mean the end of ‘traditional old media’.

A remarkable turnaround since 1984 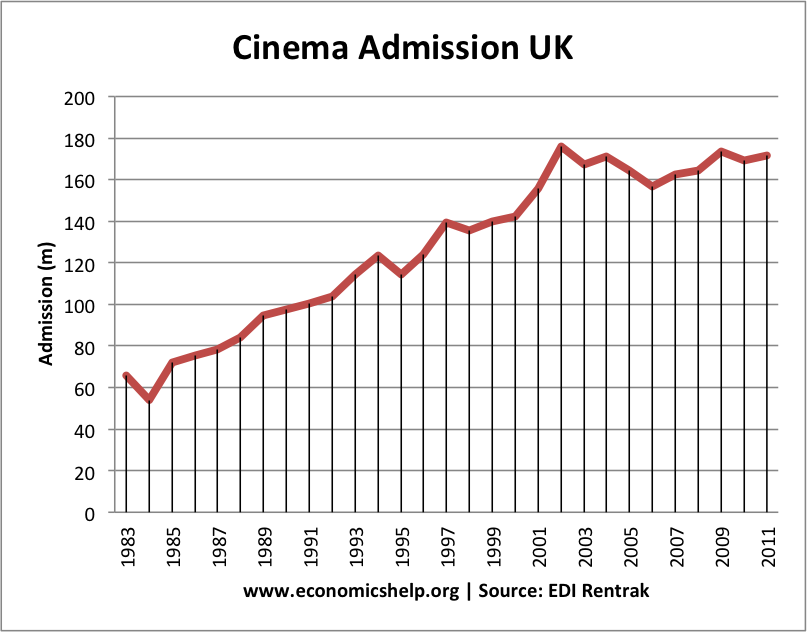 In 1984, few would have predicted that cinemas would have made a strong recovery and that it would be video rental on the way out. Cinema attendance has continued to increase despite – rising prices, on-demand TV movie channels, the growth of internet movie downloads, and the growth of widescreen TVs which gives many people the opportunity to have a mini-cinema in their own house.

The revival of Cinema attendance since 1984? 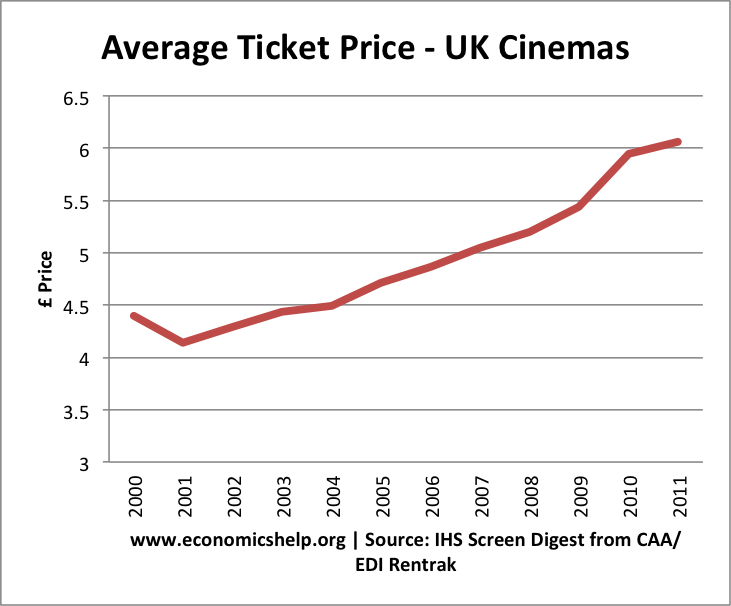 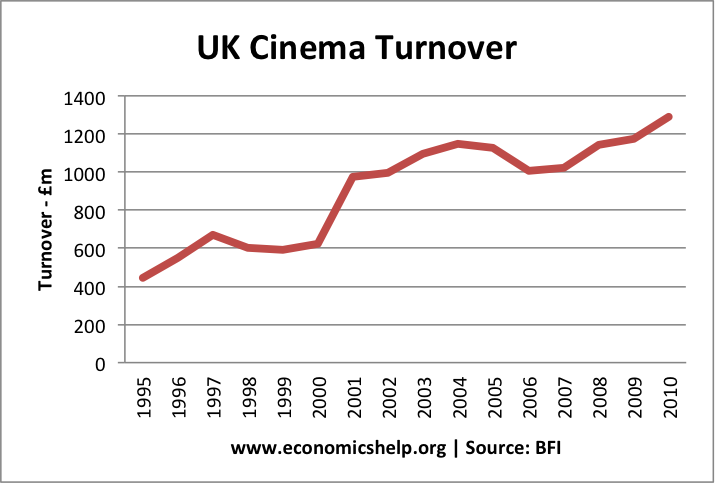 Other notes about Cinemas and the Movie Market

1 thought on “Cinema Attendance in UK”