In 2012, the EU introduced a new form of its growth and stability pact. The main rules for EU fiscal policy are:

If a country breaches these rules, it becomes subject to the Excessive Deficit Procedure EDP. This means that the country in question is subject to EU surveillance and must comply with EU decisions on how to deal with the high debt. The country then has to meet medium term budget requirements to reduce deficits. If countries fail to make satisfactory progress, they can be given financial penalties, (‘e.g. an interest-bearing deposit of 0.2% of GDP will be imposed on non-compliant euro-area countries’.)

Currently 23 out of 27 EU countries are considered to have excessive debt and are subject to EDP. 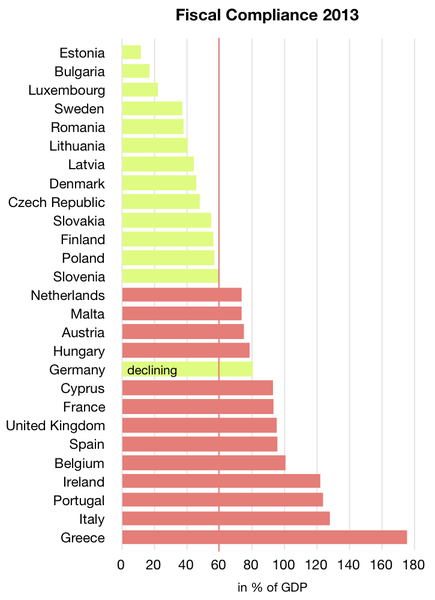 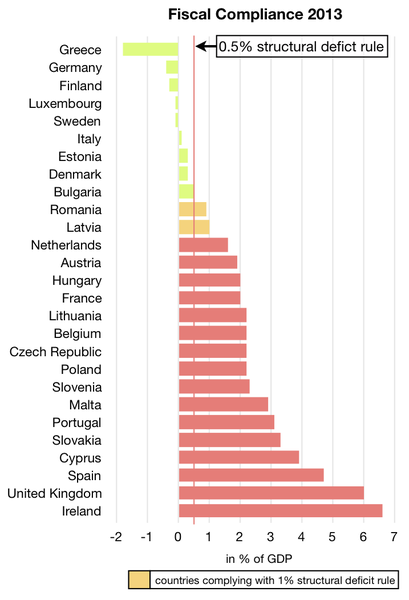