After a rather lengthy post on evaluating EU fiscal rules, a more immediate and simple political criticism of the EU’s general austerity policies from Mr Bersani of the Italian Democrats (Pd). The new Italian political leader has argued:

“We must leave the austerity cage,”

“A change of course is absolutely necessary given that five years of austerity and attacks on workers have pushed up public debt levels across Europe,” he said.

“The vicious circle between belt-tightening and recession is putting representative government at risk and making it impossible to govern. The immediate emergency is the real economy and joblessness,” (link)

The unfortunate situation is that if Italy does reject austerity and pursue a more accommodative fiscal policy, the ECB is likely to end its bond purchase programme. This could send Italian bond yields soaring. Bond yields will soar because there is no Central Bank to ensure liquidity. If Italy had its own Central Bank, it could easily pursue a fiscal policy more concentrated on economic recovery. But, unfortunately, an attempt by Italy to halt austerity could effectively vetoed by the intervention (or non-intervention of the ECB). Unless there is a change of heart within European economic policy, but that is hard to see.

It is an unfortunate situation, to say the least.

Italy has a relatively low budget deficit, but still the EU rules call for more austerity. 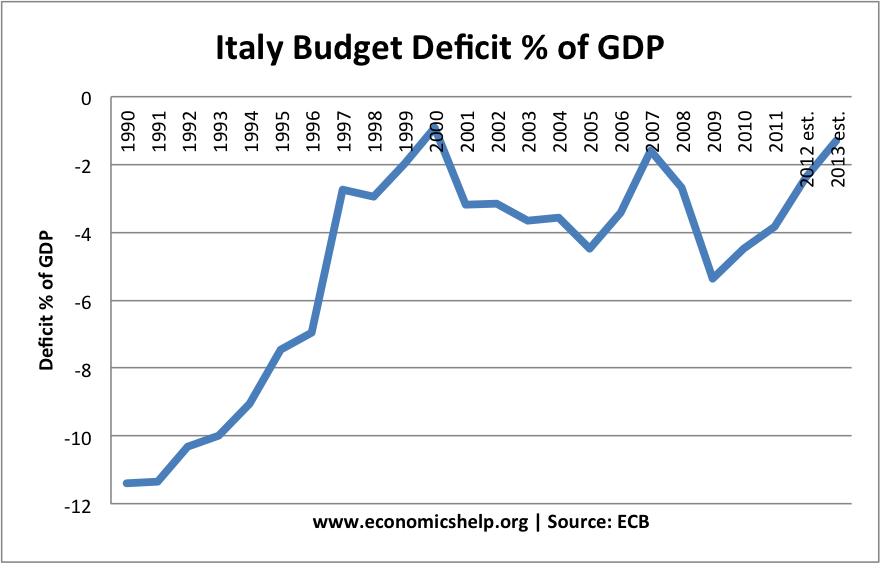 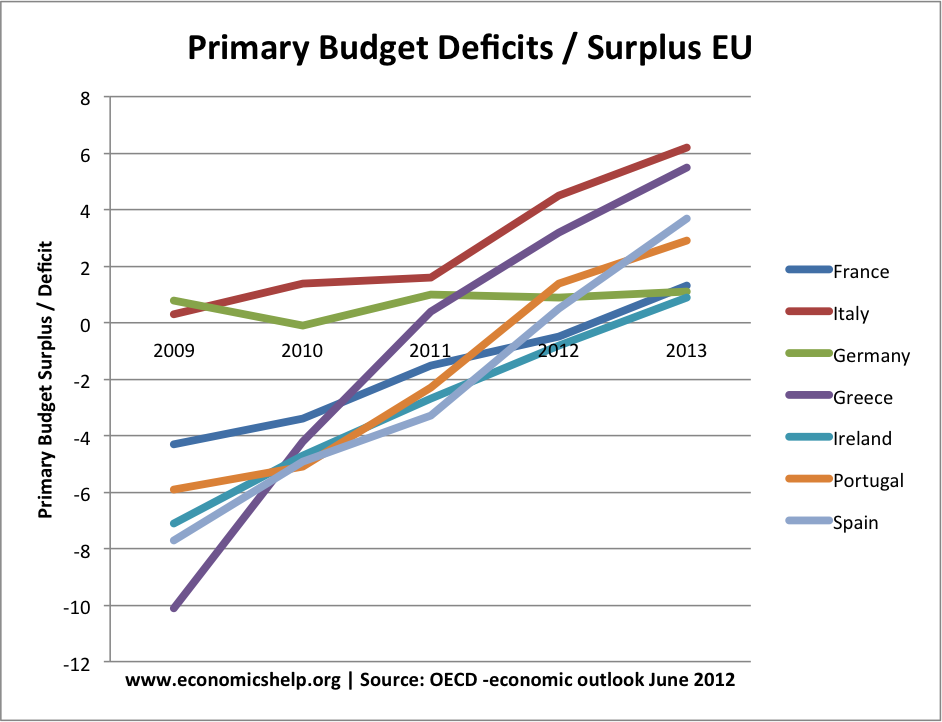 1 thought on “Italy hopes to leave austerity behind”