After enduring a deep economic crisis, Latvia are poised to be ‘rewarded’ with membership of the Euro in 2014. 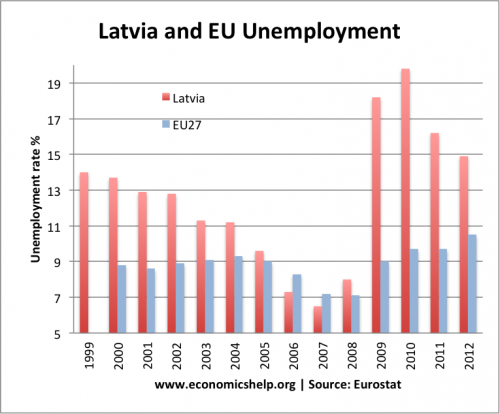 It seems a strange that countries are so keen to join the Euro, when membership of the Euro has been a major factor in creating a real depression amongst many Euro countries. Yet, the debate about Latvian joining seems to be from a parallel universe, where the ongoing crisis is neatly forgotten.

Prime Minister Valdis Dombrovskis said that the European Commission (EC) had given the go ahead for Latvia for adopt the euro from early 2014. “Joining the eurozone will foster Latvia’s economic growth for sure,” Mr Dombrovskis said. I’m sure that is what the Greek, Spanish and Portuguese political leaders said when they joined in 2000. 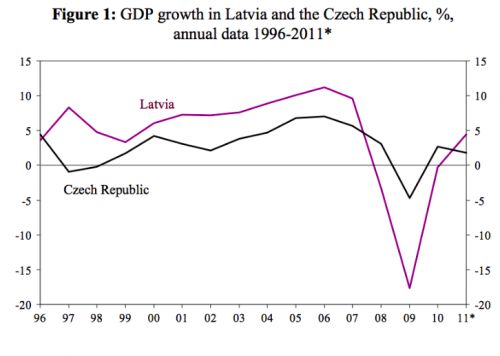 There is opposition – with many in Latvia concerned about ‘rising prices’ after joining the Euro. But, given the experience of the Eurozone in the past few years, rising prices are likely to be the least of Latvia’s concerns over the next few years.

From an outsiders perspective, it’s hard to understand the attraction of joining the Euro. I think the underlying motive must be a desire to join up with Europe and move away from Russia and the East. Given Latvia’s past, this is understandable. What is unfortunate is that being a good European citizen seems to involve joining an unworkable single currency and monetary policy.

In the past year, there has been greater inflation convergence within the Euro. Peripheral countries have reduced their competitiveness gap. However, this reduction in wage costs has been at the expense of deep deflation and recession. It’s a very high price to pay for the goal of internal devaluation. The problem is just because you can may gain temporary economic convergence –  but that is no guarantee it will remain forever. I see nothing to suggest that the Eurozone competitiveness gap which developed 2000-2007 will not be repeated at some stage in the future. 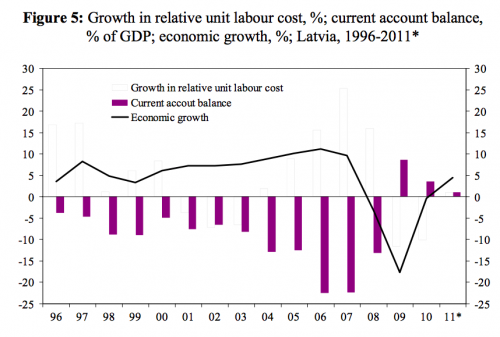 The real issues about Latvia’s membership of the Euro should revolve around:

The unfortunate thing is the EU doesn’t seem to want to deal with the underlying structural issues around the Euro. Rather than re-evaluate whether the project is actually helpful, they seem to want vindication by making the Euro bigger. But, given how close the Euro has been to collapse, will the Euro really be stronger for allowing an economy with substantially lower GDP per capita? From Latvia’s perspective there is an understandable wish to integrate with Europe. This wish for European integration should be a good thing. But, the experience of the Euro suggests that unworkable integration – does more harm than good.