The French are not too happy. The rating agency Moody have stripped France of their triple AAA rating – downgrading French debt to AA. [link] It probably wouldn’t be so bad, but their English neighbours still retain a AAA rating, despite having a much higher budget deficit. As the English would say, that’s just not cricket. To rub salt into the wounds, the Economist recently ran a cover with several baguettes wrapped around with a lit fuse ready to explode – The French economy on slow road to Crisis at Economist.com.

Is the French economy really at risk? or is the Economist just indulging in the traditional game of baiting the French?

Positive Signs for the French Economy 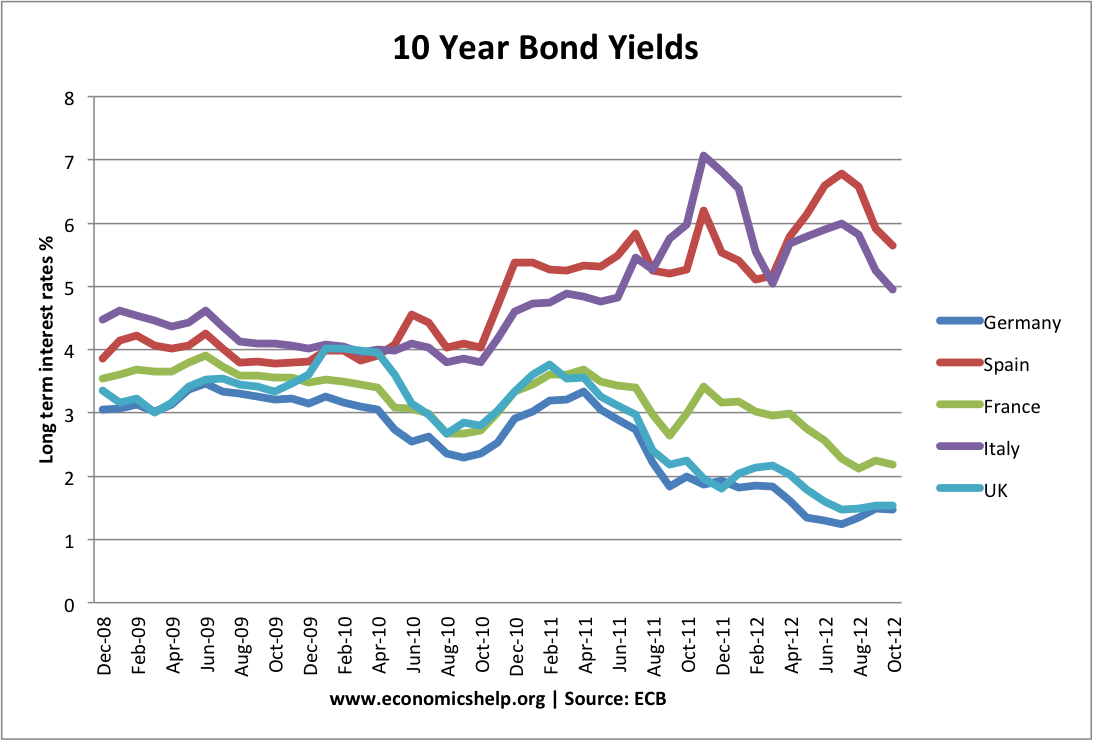 So far, the French have been able to weather the Euro crisis. Markets have been reassured that the French economy is strong enough to deal with the twin problems of debt levels and sluggish growth.  Furthermore, if you take the optimistic point of view, there are some signs that Eurozone bond yields have fallen from their previous peaks. The Spanish premier has recently claimed the worst of the Euro crisis is now over.