The Common Agricultural Policy (CAP) was designed to give farmers a guaranteed income and also to guarantee food supplies. This was achieved with minimum prices and import tariffs. However, the system of target prices. led to various economic problems. 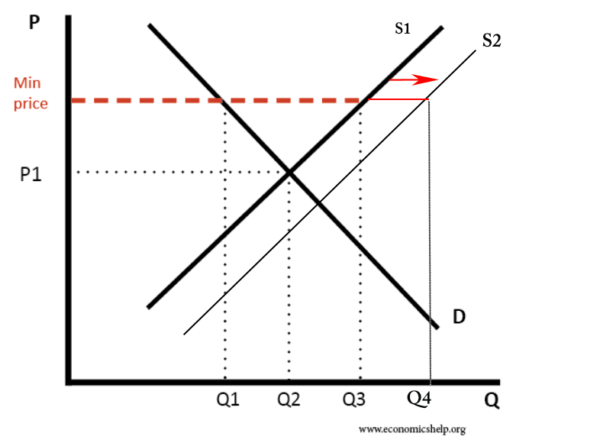 Reforms have centred on solutions to the oversupply of food. This has involved.

Quotas were put on milk to reduce the problem of oversupply. However, the problem with this was that it is difficult to control the fertility of cows so the supply of milk under or overshot the quotas. This caused a lot of hardship for farmers, who had often to through milk away.

Milk quotas were due to end in 2000 but they will continue until at least 2008. However, the quota has been reduced by 2.4% and min price for milk reduced by15%

This involves encouraging or giving financial incentives to farmers to take land out of use. This has the following advantages

Recent reforms on CAP have focused on