The current US administration have suggested they want to increase the US budget deficit to enable higher rates of economic growth. What does economic theory state about this idea?

“We need to have new deficits because of that. We need to have the growth,” Mulvaney said. “If we simply look at this as being deficit-neutral, you’re never going to get the type of tax reform and tax reductions that you need to get to sustain 3 percent economic growth.”

Basically, this is an argument for allowing higher budget deficit because increased tax cuts will lead to higher economic growth.

What is the economics behind this?

Tax cuts increase disposable income and so will increase consumer spending and aggregate demand. Higher demand will lead to increased economic growth, at least in the short-term.

Tax cuts for business increase their retained profit and will enable more investment. This investment will increase both aggregate demand and, in the long-term, supply-side capacity.

Lower corporation tax rates may encourage more US firms to keep taxable revenue in US, rather than use offshore subsidiaries, e.g. Ireland, Luxembourg, The Bahamas. In this way, corporation tax revenue could increase.

Problems with this economic analysis 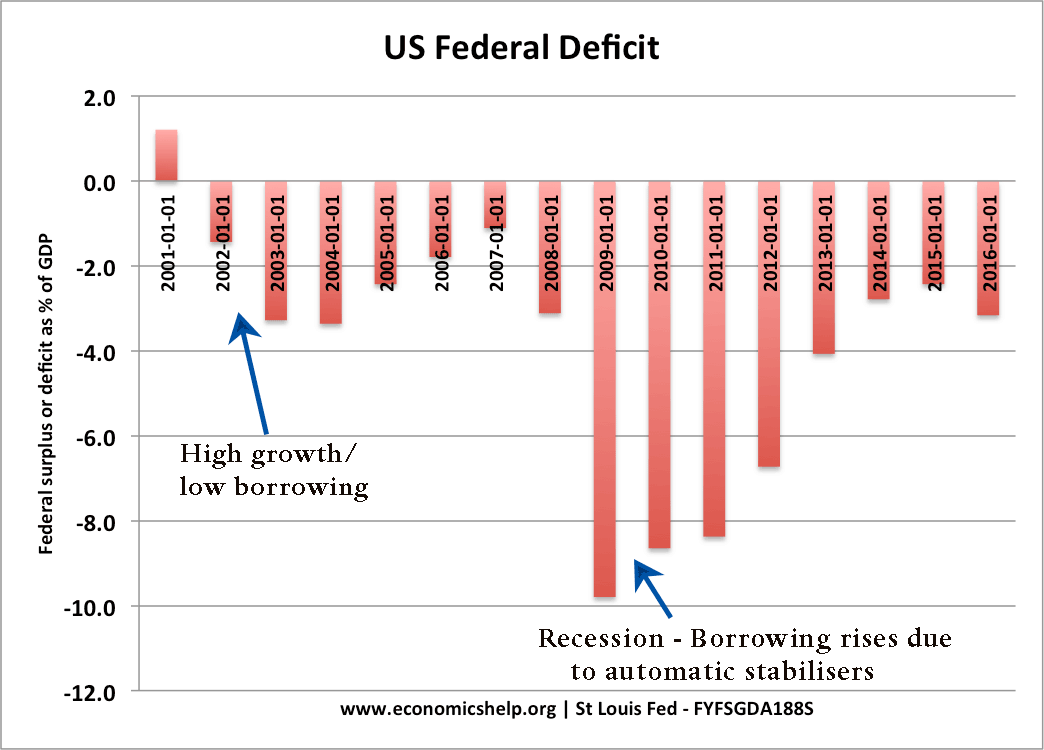 Can governments actually increase the long-run trend rate of growth?

The US government want a higher growth rate (as do most governments) – but past history suggests, governments struggle to actually increase the long-term trend rate of growth. So many factors, such as innovation, globalisation, automation are beyond the government’s direct control. The supply-side incentives of tax cuts are not enough to create a supply-side miracle.

It depends on who benefits from tax cuts. Provisional estimates suggest the biggest recipients of tax cuts will be the very wealthy. However, the very wealthy tend to have a lower marginal propensity to consume. Therefore, tax cuts for the rich will be mostly saved or invested in assets. If you want to boost consumer spending, it is better to target tax cuts at lower income rates.

Lawson Boom. These tax cuts have some parallels with the late 1980s in the UK. Income tax cuts of 1987/88 contributed to economic growth of 4%. But, this growth proved to be inflationary and short-lived.

Deficit spending can boost economic growth (at the right time)

In a recession, there is a very good case for allowing a larger budget deficit to provide fiscal stimulus at a time when private sector spending is low. See Expansionary fiscal policy.

An important factor is the state of the economy. WIth US growth close to 3%, there is no need for government to boost aggregate demand and consumer spending with tax cuts. A period of sustained growth is a time to reduce the budget deficit not increase them. A more productive use of government budget would be to invest in infrastructure bottlenecks – which would help increase productivity in long-term.