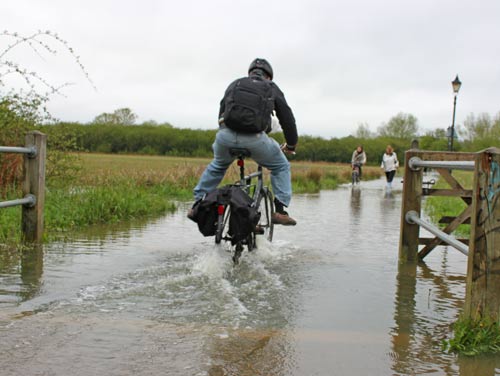 “Water, water, every where, Nor any drop to drink.”

– Samuel Taylor Coleridge – The Rime of the Ancient Mariner.

The water companies are the least loved out of the privatised utilities, and the lack of rain over the past two winters is making their job much more difficult. For many people, it is hard to understand that you can have the wettest April for years, and yet we still face the prospect of drought as serious as a country like Australia or Spain (which have much lower rainfall)

It seems crazy that a county with rainfall like the UK should still face the potential for a serious drought. Even when it doesn’t rain much in the UK, there is still more rainfall than other semi-arid countries in the Mediterranean. What is the economics of the UK water situation?

Where Does Our Water Come From?

When we think of water supplies, we tend to think of reservoirs like Thirlmere in the Lake District. But, actually, 70% of drinking water in England comes from underground boreholes. These underground water supplies can be very deep. After recent dry winters, water is taken from up to 40 metres down. This is why the recent April showers haven’t really altered these underlying water reserves. The April rain will not have been able to seep down 40 metres yet. The current rain is good for topping up reservoirs and rivers, but to top up underground reservoirs, we need persistent rain in winter. Winter rain is not taken up by plants or evaporates, it just seeps down. That is why water companies, complain about ‘the wrong kind of rain’

Policies to Deal With Water Shortages

To deal with water shortages, there are two main approaches:

1. Build More Reservoirs. Building reservoirs will increase the potential supply of water. They are easier to refill than underground boreholes. However, building more reservoirs:

2.  Water Grid. In the north-west, rainfall is much higher than the south. Transferring water, e.g. through the canal system will help overcome shortages in the south. Already, water is moved, for example Manchester is supplied by reservoirs in the Lake District. However, water grids are not without difficulties

1. Water Pricing. If water becomes scarce the economic solution is to increase the price. Let market forces set the price. At the moment, many households pay a flat rate – there is no incentive to reduce water consumption because if you leave the tap running, there is no extra cost. We would never consider paying for electricity like that, where there is just a flat rate to get connected.  If people paid for water consumption, there would be an incentive to recycle water, reduce consumption and buy water-saving appliances. In drought conditions, water companies could also increase the price to further increase the incentive.

People may say it is unfair to people on low incomes. But, it would also be a way for people to reduce their water bills through careful water management. Why should thrifty water users pay for others extravagance? Also, extra units of water become increasingly expensive. The marginal cost of water rises, the more we consume. The first units are cheap to extract from rivers, but those extra units require expensive reservoirs and desalination plants. Therefore, reducing excess water consumption will save considerably.

2. Reduce industry demand. The biggest consumption of water is not actually by households, but by industry. For example, our power stations are hungry consumers of water. Changing energy sources to renewable energy, would help both reduce carbon emissions, but also reduce long-term water consumption.

3. Advertising campaigns to reduce water. Water companies often appeal to our good nature in asking us to reduce water consumption. But, these will only be a very partial solution.

If we continue to have changing weather patterns, something is going to have to change dramatically. It will require a range of solutions. The first obvious step is to introduce water pricing – making households and industry pay for each unit consumed. Also, the price of water is likely to go up. This extra revenue will be needed to be invested in dealing with long-term supply projects from a water grid to desalination plants. However, as well as tackling household consumption a change in industry use and energy strategy should be considered.

What do you think? Should we pay more for water?

1 thought on “Solutions for Water Shortages”