Readers Question: Can someone please tell me what percent of the UK debt is held by the Bank of England?

The Bank of England have purchased £325 bn of asset purchases, which are financed by issuing created reserves. Of these £325bn of assets, the vast majority are government gilts (bonds). 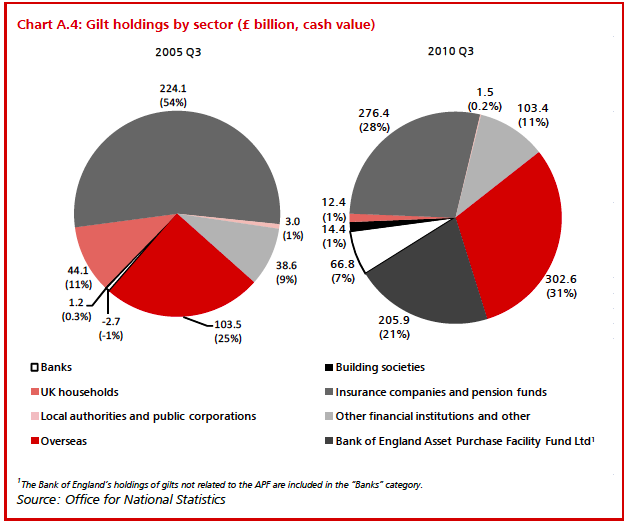 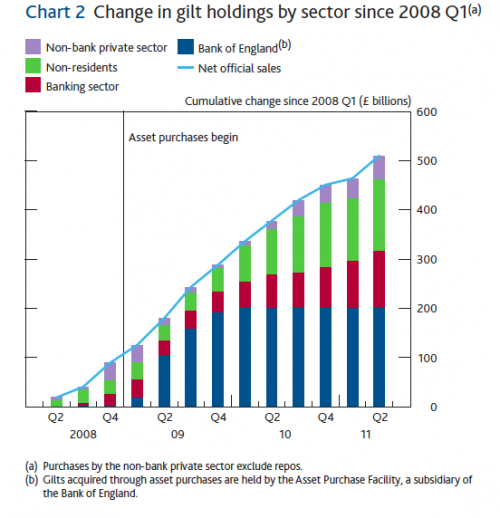 Also is it true that
1) If debt is held by the Bank of England then we (the people) hold our own debt?

2) Interest paid to the Bank of England is really coming back to us?

I don’t know what happens to the interest paid to the Bank of England.

3) Quantitative easing is really a way for the Bank of England (us) to buy up debt.

I do believe the main motivation for quantitative easing is to try and increase nominal demand. Q.E. was started in 2009, when GDP fell by 6%. Without Q.E. bond yields would be higher (though they are close to historical lows). But, I do think we would still be able to sell the necessary government bonds. In a liquidity trap with rise in saving ratios, there is a high demand for  government bonds.

2 thoughts on “Question: What % of UK Debt is held by the Bank of England?”