One feature of the current economic malaise is that growth predictions for the UK economy have been consistently over-optimistic.

For example, the Office for Budget Responsibility originally forecast economic growth of 5.7% between 2010 to mid 2012. 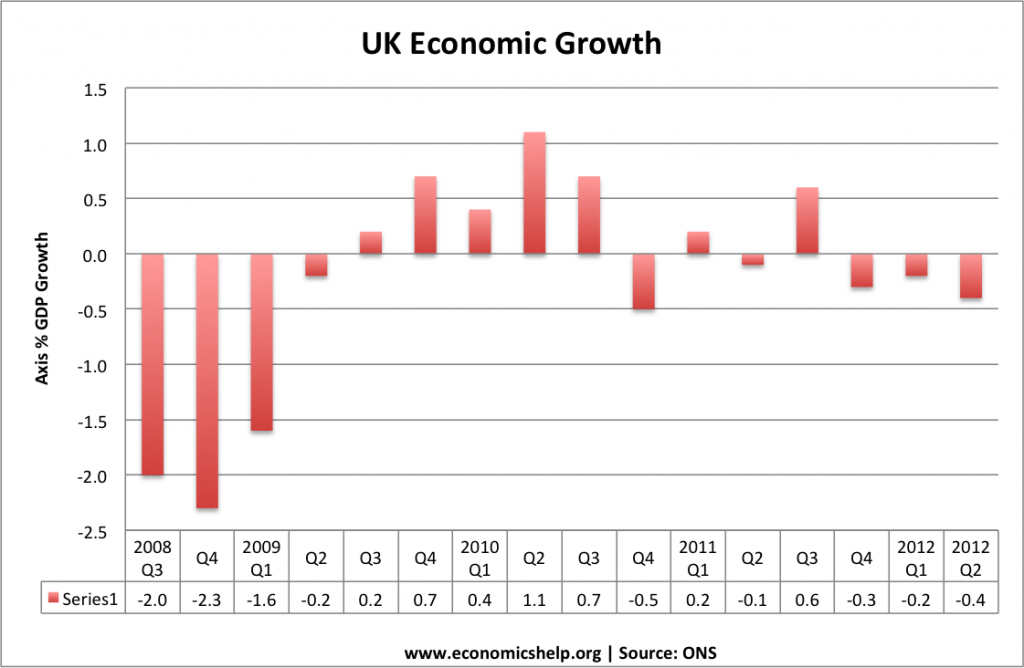 The economy failed to meet this target, growing by just 0.9% during this period.

To be fair to the OBR, they are not the only forecasting unit to get growth forecasts wrong. Many European countries have grown much slower than previous predictions.

The OBR suggested a variety of factors to explain the lower than expected growth.

Being careful with their choice of language, the OBR stated that it was ‘clearly possible; the chancellors belt tightening: “exerted more of a drag on growth than we assumed”

Paul Krugman was more direct, criticising the UK’s ‘mad austerity’ – arguing recently, that insufficient demand in the economy could lead to a permanent loss of output in the long-term.

“The shadow won’t just be cast on the present, but on the longer term,” he said. “[Britain] will be a weaker economy ten years or even 15 years from now because [it has] failed to provide adequate demand now.”  (telegraph link)