A list of energy use (kg of oil equivalent) per capita by country.

The list shows a huge disparity between the highest energy users and the lowest.

It is worth bearing in mind:

Energy Use of Major Countries 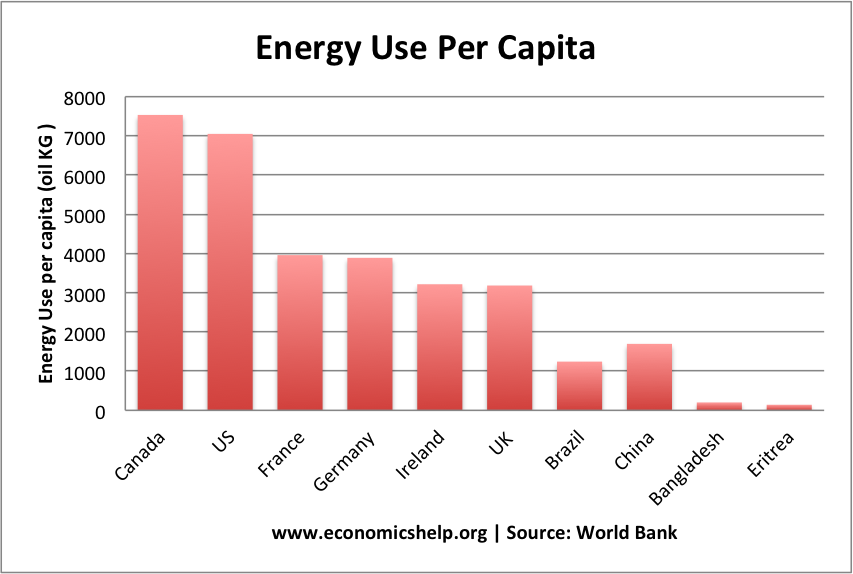 A close correlation between energy use and CO2 emissions per capita.

With the exception of Iceland (which generates its power from renewable, natural resources)

Technical note on definition of energy use

Energy use refers to use of primary energy before transformation to other end-use fuels, which is equal to indigenous production plus imports and stock changes, minus exports and fuels supplied to ships and aircraft engaged in international transport.

These figures come from World Bank data series 2009. This is data up to 2011, but this is much more patchy.

1 thought on “List of Countries Energy Use per Capita”