A look at some varying employment rates across OECD countries. 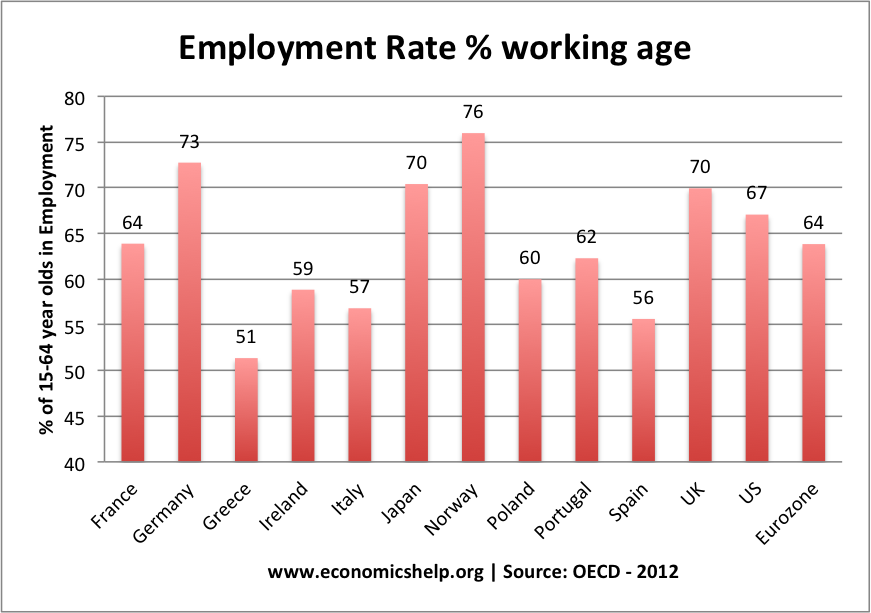 Employment rates are determined by the number of people of working age, who have a job. 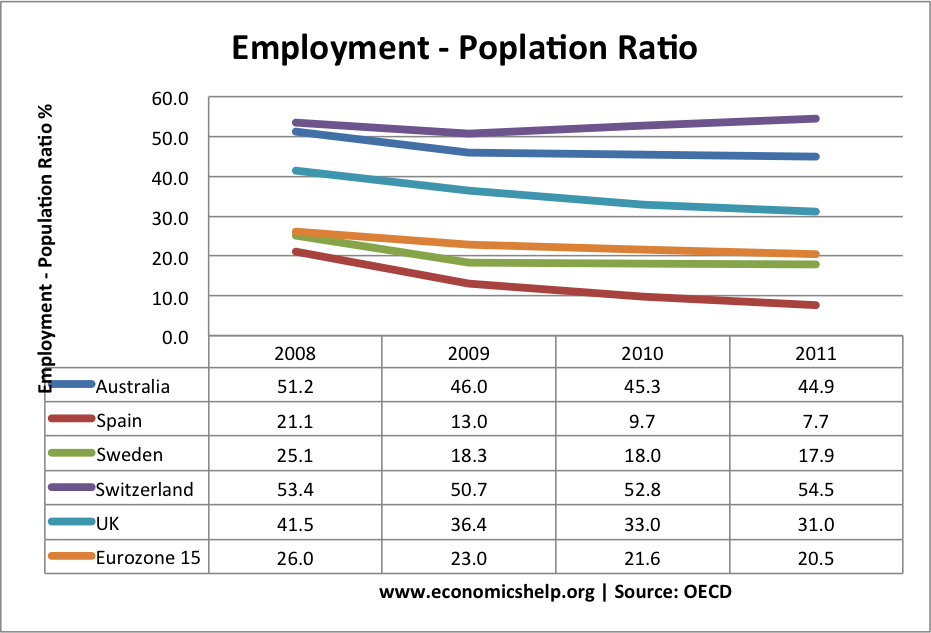 Note: I got these from OECD and then couldn’t find the original source in the OECD stats database. Somehow I’m suspcious of the only 7.7% of the Spanish population working. I know Spain is facing an employment crisis, but it seems too low.