Readers Question: Given the widely varying fiscal policies of countries, both left and right, how come their growth rates over the long term are so close? 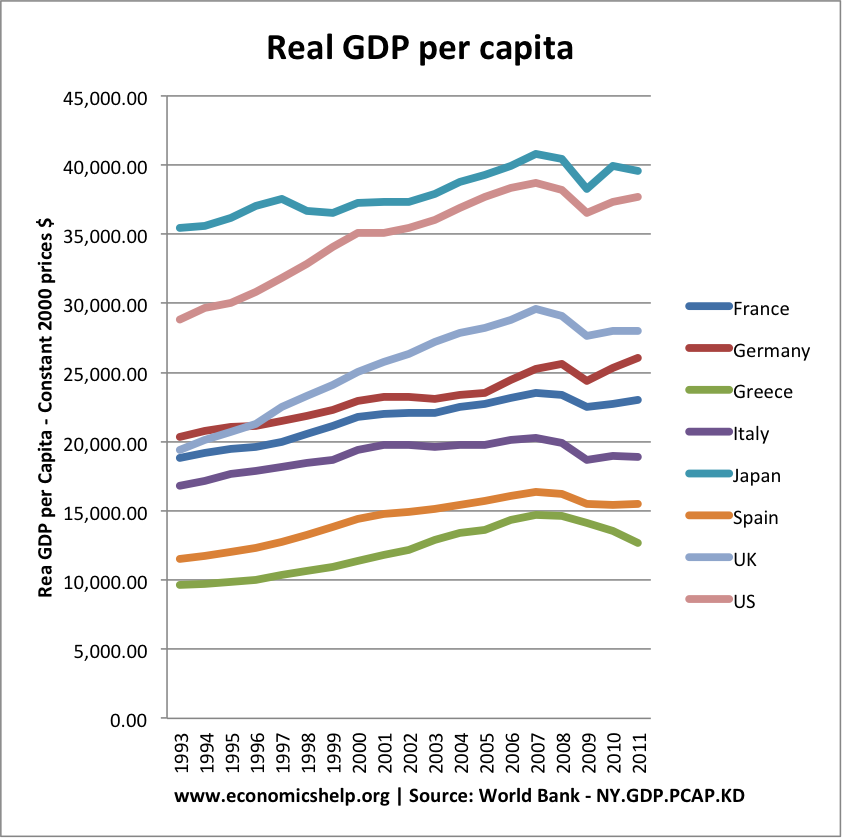 To some extent growth rates are close; though it also depends which data and countries you use. However, from a very broad perspective, growth rates do share similar patterns and growth rates.

Why there are Similarities in Economic Growth Rates?

Therefore, especially in the long run, economies are sharing similar developments, such as technology, improvements in education and the growing role of multinationals. These kind of factors are not really directly influenced by government policy. Whether the government is socialist or conservative – the internet has enabled cost savings which will give the potential for improvements in productivity and efficiency for all economies in the world.

Why are there differences in economic growth rates? 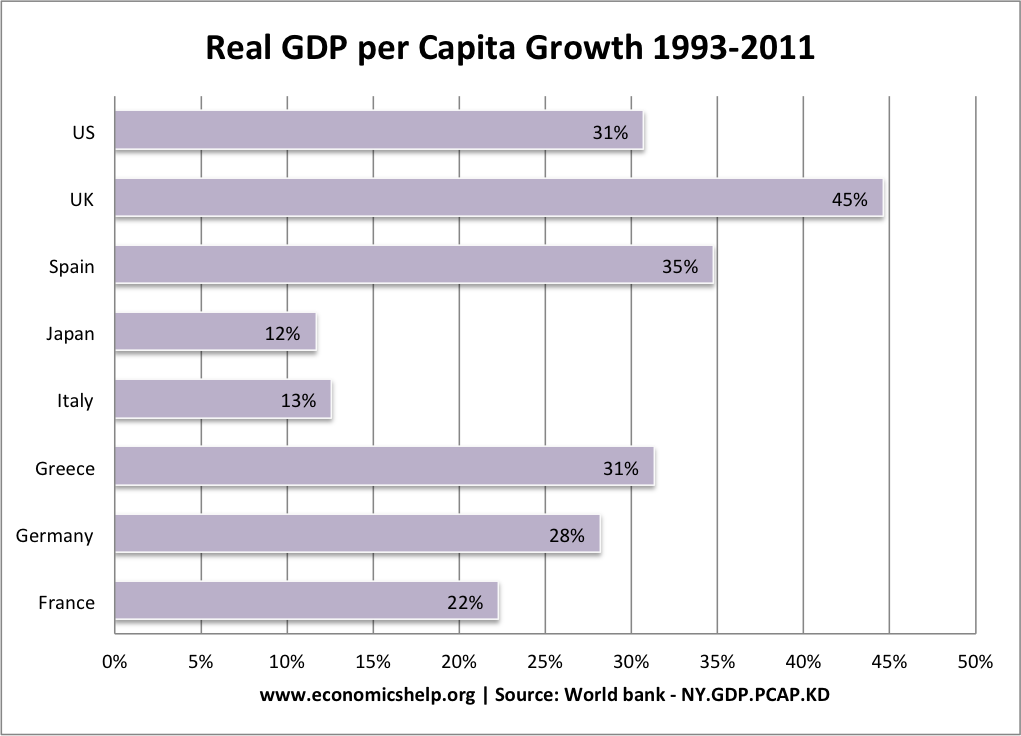 If we look at the percentage change in real GDP per capita over this 20 year period, we see that actually there is quite a bit of variance. People may be surprised to learn that the UK had the fastest economic growth during this period. If we had stopped the data in 2008, the fastest-growing economy was Greece (which might not fit in with people’s preconceptions)

BTW: The World Bank data just happened to start in 1993 – just after the UK had emerged from a deep recession of 1991/92 – if we had taken data from 1990, it would have looked much less flattering to the UK. 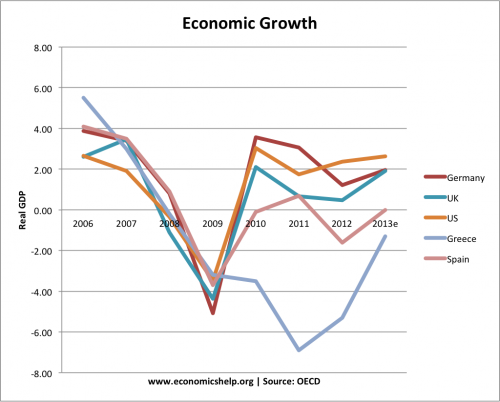 (BTW: I think the forecast for Spanish and Greek growth is over-optimistic.)

But, it does show that if you deflate an economy – e.g. through an overvalued fixed exchange rate – plus deep austerity policies; in this case growth will be much lower. The US has seen one of the stronger relative recoveries since the credit crunch. This has been helped by a very moderate fiscal expansion and monetary easing – the US  has seen much more support for the economy than in the Eurozone.

Another way of looking at economic recovery

“If we take the six largest OECD countries, then in 1950 only the United States had a higher level of National Income per head. However, during the 1960s Britain was overtaken by both France and Germany. Then in the 1970s she was passed by Japan. In the late 1980s Britain was still slightly ahead of Italy, although the latter had narrowed the gap significantly over the post-war period.” (Britain’s post war decline)

To some extent this was due to post-war reconstruction – their economies were so battered after the end of the war, it was easier to increase the % of GDP. But, that doesn’t explain the out-performance of the UK in the 1960s and 1970s. Economists will suggest that Japan and Germany had a better long-term economic performance in the post war period because of structural factors such as:

To what extent does government policy influence economic growth?

It needs to be remembered many of the factors influencing economic growth are not within the government’s control. For example, some of the factors explaining the relative post-war decline of the UK were due to developments within industry and society. A different government policy may have modified these developments, but can government policy give the population the same hunger for economic growth, that was more evident in defeated countries such as Germany and Japan?