Readers Question: How reliant is the UK economy on oil?

There are two ways of considering this question – the consumption and production of oil.

This shows that we are consuming a steady 1.5 to 1.7 million barrels of oil a day. Oil is an essential raw material for many key economic activities, such as:

However, the improvements in energy efficiency and attempts to introduce alternative fuel cars are only limiting the growth in demand for oil based fuel.

In the production of electrical power, the UK is not reliant on petroleum products. We are mostly reliant on natural gas and coal. 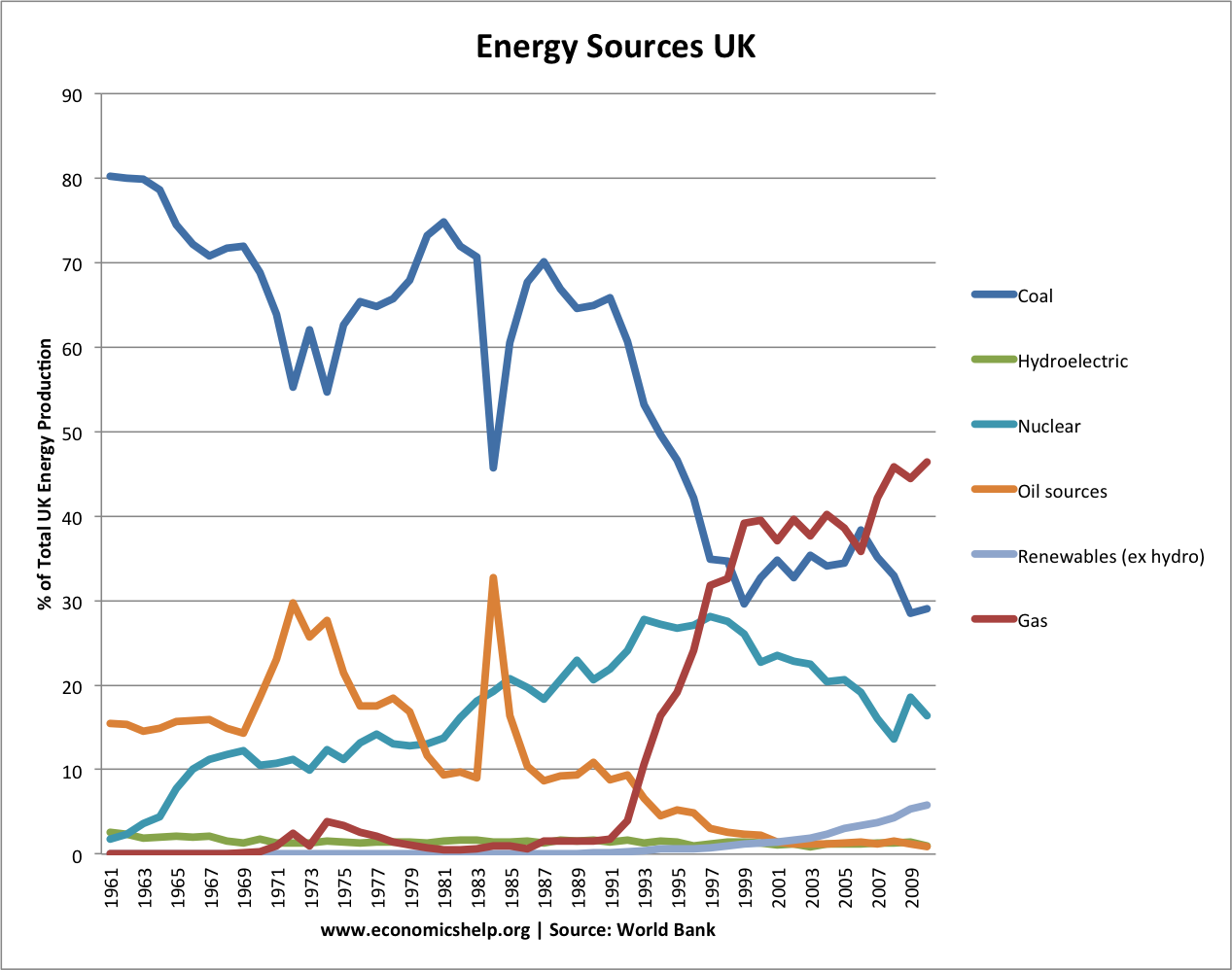 Top energy sources for the UK

How important is oil production for the UK economy?

In 2008, the UK was the world’s 19th largest oil producer. Oil production from the North Sea peaked in the late 1980s, and is now on a downward trend. But, it still gives an important contribution to the UK economy. Nevertheless, the UK is no longer a net exporter of oil, we are now a net importer. In 2012, the 1,311,000 reports around 37% of UK oil is imported.

The UK economy is heavily reliant on oil based fuels for the transport sector. Without petrol / diesal, the UK economy would be seriously damaged because it would be unable to transport goods and people. There have been efforts to diversify energy sources, but currently we still rely very heavily on petrol.

In electricity generation, oil plays a very small role, but we are still reliant on the fossil fuels of gas and coal.

The UK has seen many benefits from oil production in terms of tax revenues, improved balance of payments. However, with north sea oil production peaking, this benefit is forecast to diminish and we will have to get used to becoming a major importer of oil.

2 thoughts on “How reliant is the UK economy on oil?”