Should visiting a GP doctor be free or should we pay to visit the doctor? It is an emotional issue as in the UK there is a strong acceptance of free health care, but what are the economic arguments? Could we have better health care by charging people to see their GP?

Benefits of charging to see your doctor 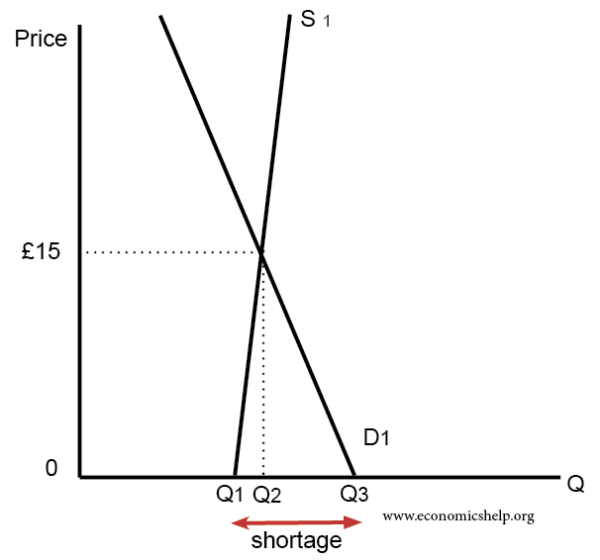 When health care is £0, demand (Q3) is greater than supply Q1. Charging £15 would cause a movement along demand curve and an expansion in supply and, in theory, end waiting lists.

Disadvantages of charging for the NHS

This is an interesting question. Superficially, there is a good economic case for charging people to see the doctor. It is a logical response to a shortage of demand. However, we have to be careful with basic economy analysis. For example, would a charge discourage people from going to see the doctor and then end up costing the NHS more because the illness becomes more serious?

Also, it is very interesting how charging to see the doctor would change our relationship with the GP. A fee paying patient may have a subtle feeling they can demand the GP treats them in a certain way. It reminds my of the “Moral limits of markets” by Michael Sandel.

2 thoughts on “Should we pay to visit the doctor?”