Readers Question: Is “national debt”  interchangeable with the term with “foreign debt”?

So they are different things.

What is the UK External Debt?

According to National Statistics the UK External Debt – Gross is £6,290 bn  (this is roughly 430% of GDP) (of which only £26bn is owed by General government). The biggest balance is the banking sector which owes nearly £4,000 bn. These banking liabilities should be cancelled out by an equal amount of foreign assets.
See: UK external liabilities and external assets

Though if these assets deteriorated, the UK’s position would definitely worsen.

But, they aren’t quite as shocking as they might first appear.

How Much of UK Government debt is held by Overseas investors? 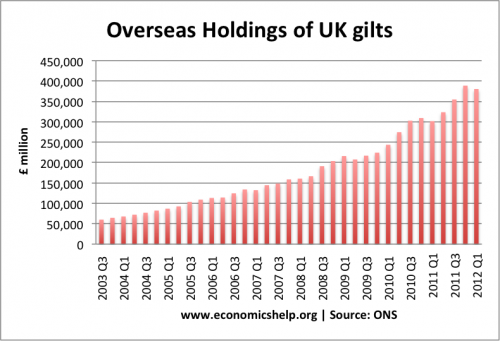 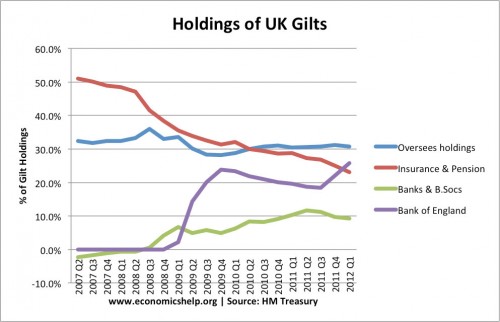