A frequently asked question is – Who does the UK borrow from? Who owns the UK’s government debt?

This shows people were willing to buy government bonds – despite lower bond yields.

Trends in ownership of UK debt 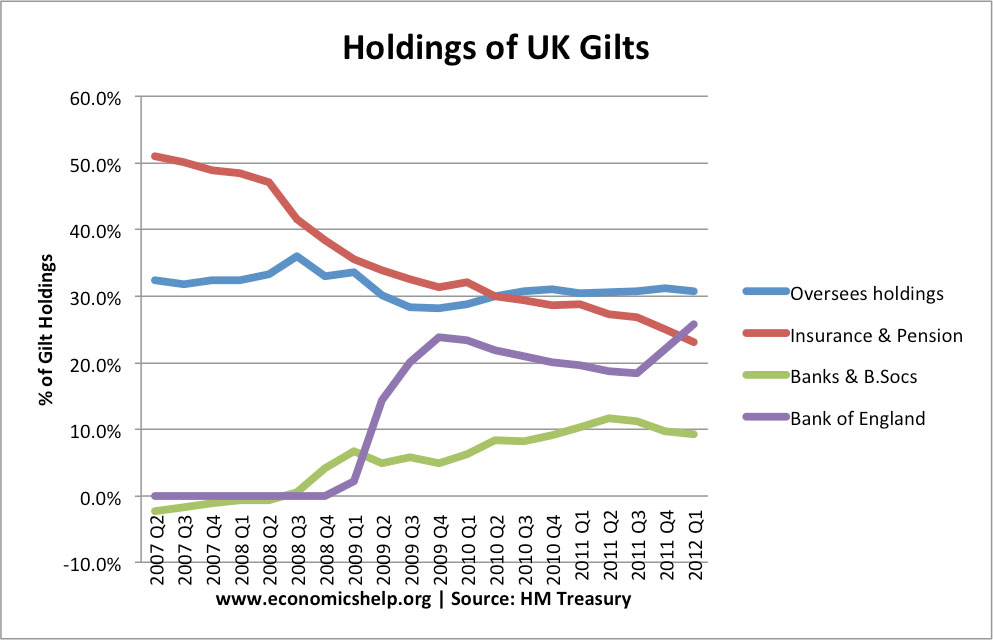 Since 2009, the Bank of England has purchased gilts. During this period, the % of gilts held by UK insurance and pension funds has fallen.

Overseas holdings have stayed fairly constant around 30%. Helped by the Euro-crisis making UK debt more attractive than countries in the Eurozone.

Holdings of gilts by sector

Other small fractions include public corporations and local authorities. 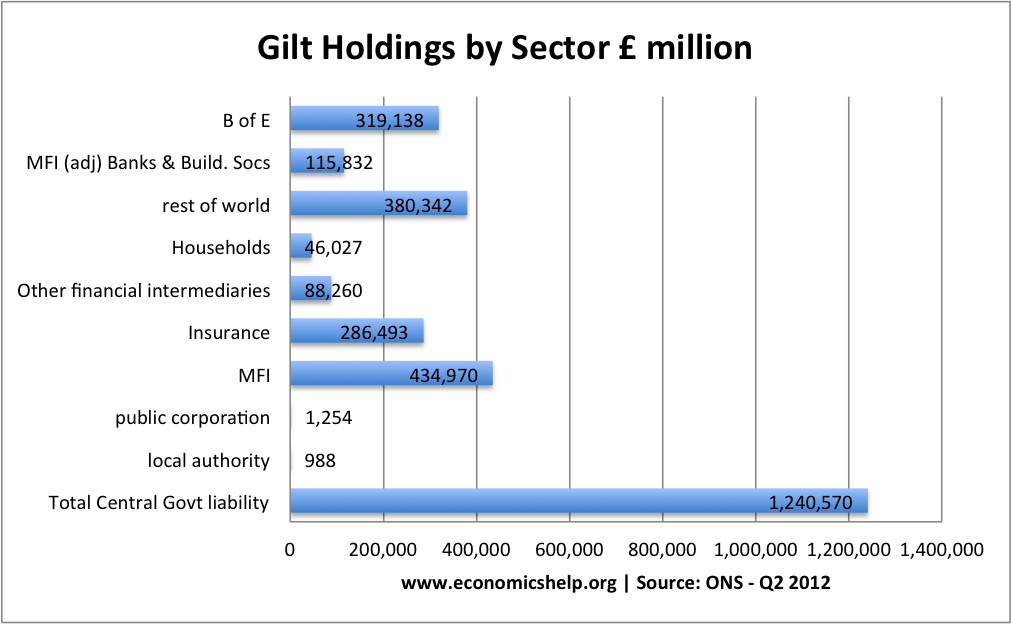 Who owns US National Debt?

The biggest foreign holders of US debt are:

Source: debt statistics at US treasury

11 thoughts on “Who owns government debt?”