Definition: Underemployment is defined as a situation where people are working fewer hours than they wish; e.g. you would like to work 40 hours a week, but the firm only gives you 30 hours.

Underemployment may also refer to the fact workers accept jobs that don’t utilise their skills. e.g. graduate working in McDonald’s may be considered to be ‘under-employed’)

According to the Office for National Statistics, there are 2.8 million workers in Britain who are working fewer hours than they would like (link). This could include people forced to work part-time rather than full time. This figure of underemployment has increased during the recession because firms have sought to avoid paying redundancy by reducing working hours and therefore cost of labour.

Underemployment does not have as many costs as official unemployment. But, it does mean the underemployed have lower incomes and so will spend less. Also, under-employment needs to be considered when evaluating the output gap in the labour market and output gap of the economy.

Under-employment in the great recession

A surprising feature of the current recession is the fact unemployment is relatively lower than we might expect. (see: UK unemployment mystery)

David Bell and David Blanchflower have created a new index which combines aggregate under-employment with the actual unemployment rate. This gives a wider overall perspective of the labour market.

Also, some workers may be ‘over-employed’ working more hours than they want, e.g. workers over 50 may prefer lower hours and lower pay. This index takes into account the level of underemployment – over-employment.

The graph shows how in the boom years, there is little aggregate under-employment. The number of people claiming they are underemployed outweighed by those who say they are working too many hours. However, since the start of the recession, there is a significant rise in under-employment. This means the index showing ‘excess capacity’ in the labour market is greater than the unemployment rate.

What is the importance of this unemployment and underemployment index?

Looking at the recent fall in unemployment may give a misleading impression that the labour market is tightening. This could encourage policymakers to prematurely tighten fiscal/monetary policy or avoid necessary expansionary policies. 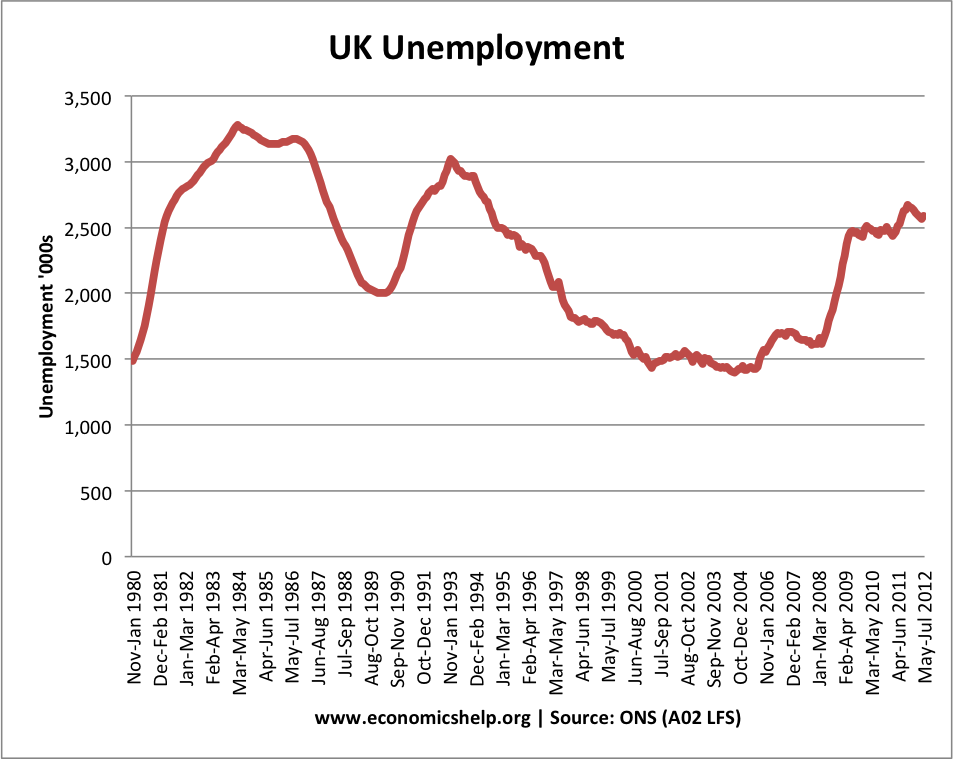 Combined with data on real wage growth, it suggests the labour market has significant spare capacity and is further from full employment than raw unemployment data may suggest.

3 thoughts on “Underemployment definition and index”