Wind farms seek to offer an environmentally sustainable source of energy that will help reduce our dependence on non-renewal fossil fuels. However, this clean and safe source of energy is controversial with many opposed to their use, often on grounds of aesthetics or lack of efficiency. This looks at pros and cons of wind farms. 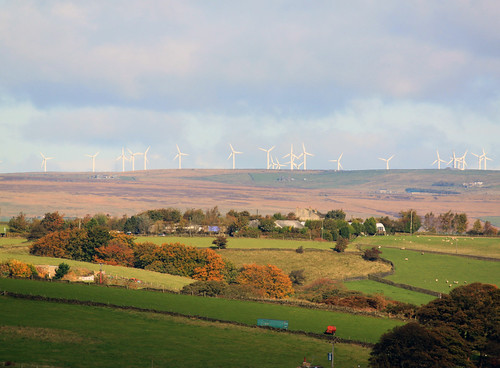 Eyesore or the way forward for providing clean energy?

I like seeing wind farms. I think a windmill is an attractive object which can enhance bleak moors. I don’t think they should be placed everywhere, but, I do support the expansion of wind and other renewable energy sources through taxing those fuels which create pollution.

Last year I arrived in Vienna airport and driving to the Czech Republic, I was struck by the ranks of wind turbines by the side of the motorway. Some people look upon them as a visual eye-sore, but I really like them. I think they are quite attractive, but also like seeing them because I feel it is creating the energy we need without damaging the environment.

What do you think?

7 thoughts on “Pros and cons of wind energy”