Usually, an inflation rate of CPI 4.5% would encourage the Bank of England to raise interest rates. But, if this inflation rate was due to cost-push factors, such as higher taxes, the inflation rate may not be due to overheating in the economy.

Inflation is calculated by: 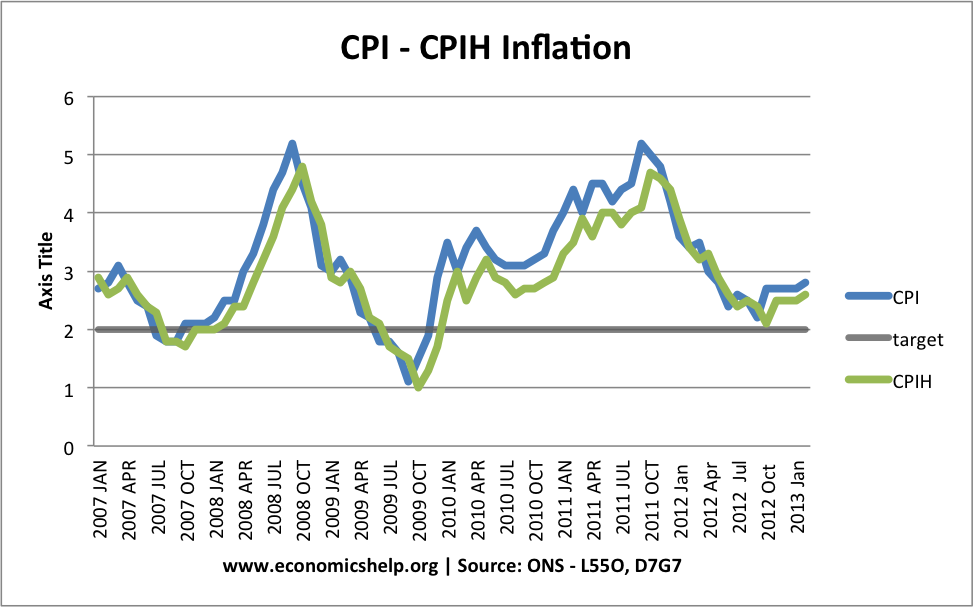 4. CPIY – The CPI – Indirect taxes. This is the CPI measure but excludes the impact of indirect taxes such as VAT and excise duty. It is useful for determining the underlying level of inflation ignoring tax increases which tend to just last for a year. For example, in 2011, the VAT increase caused a jump in CPI, but, CPI-Y remained much lower.

5.  CPI-CT  This is a similar principle to CPIY. CPI-CT  holds indirect taxes rates constant at the rate prevailing at the start of the year) 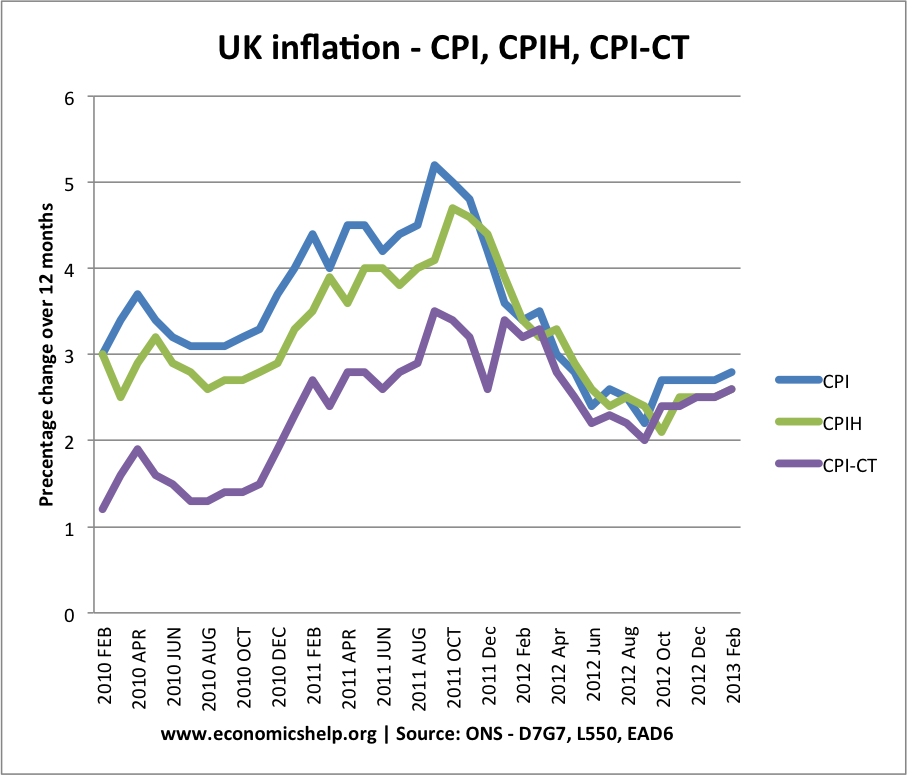 6. Core Inflation – Another measure of inflation seeks to strip away volatile factors such as food and commodity prices. This includes a smaller basket of goods. But, it may be more accurate in showing underlying inflation. 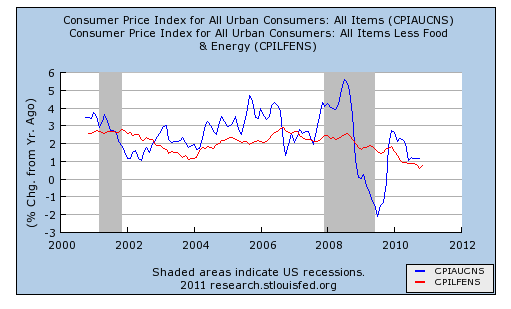 This is a statistic from the US. (Which measure of inflation should we use?) The red line CPIFENS shows ‘core inflation’ with

Eurostat produces a measure of ‘core inflation’. It excludes more volatile items such as energy, food, alcohol and tobacco

9. Retail Price Index (RPI) – Used to be the official measure. It includes more factors such as mortgage interest payments, Council tax and other housing costs not in CPI. RPI tends to be more volatile than CPI. Changes in interest rates impact on the RPI, but not the CPI. RPI is no longer counted as an official national statistics. It has been superseded by RPIJ – which is similar to RPI but calculated using geometric mean 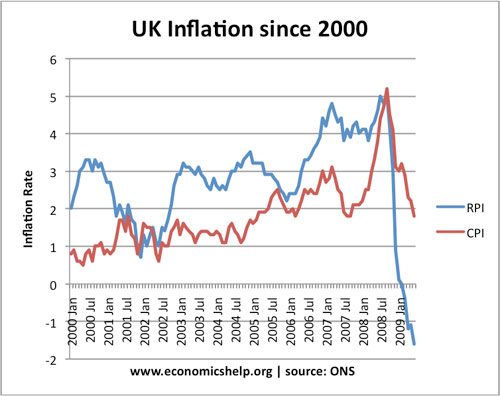 In early 2009, cuts in interest rates led to sharp fall in RPI. Since then RPI has increased at a faster rate. 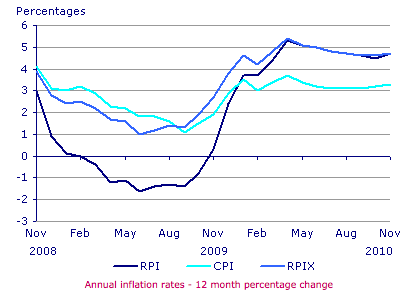 4 thoughts on “Different Measures of Inflation”