Readers Question: Identify and explain economic variables that may be affected positively by the economic slowdown.

A recession is a period of negative economic growth. It is a period of higher unemployment, falling wages and higher government borrowing. It generally causes economic costs

But does anyone benefit from a recession?

In a recession, the rate of inflation tends to fall. This is because unemployment rises moderating wage inflation. Also with falling demand, firms respond by cutting prices. 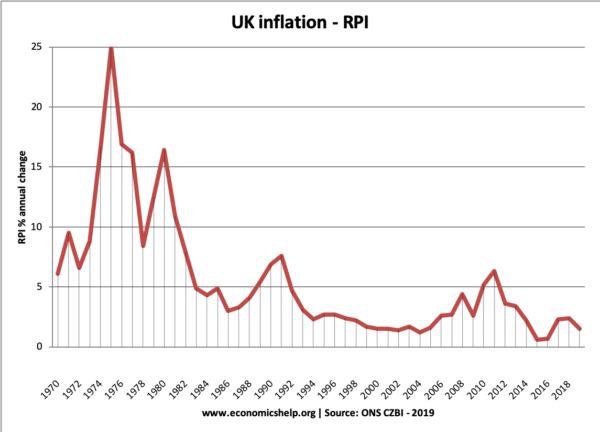 This fall in inflation can benefit those on fixed incomes or cash savings. It can also help tackle long-term inflationary pressures. For example, the 1980/81 recession helped reduce inflation from the high rates of the 1970s.

The Recession of 1991 occurred after the Lawson boom and double-digit inflation.

1 thought on “Who Benefits from a Recession?”