In the UK and US there is often a mistrust of the government’s inflation figures. People often feel that their cost of living is rising faster than official CPI statistics. In developing countries like Venezuela and Argentina, there is even greater mistrust as government’s have an incentive to modify inflation rates and have the power to do it.

In the UK, CPI inflation is calculated using a comprehensive price survey of 1000 of the most popular goods and services. However, there are a number of reasons why people feel inflation is increasing faster than government statistics.

The CPI also excludes the council tax increases that have been rising faster than inflation. 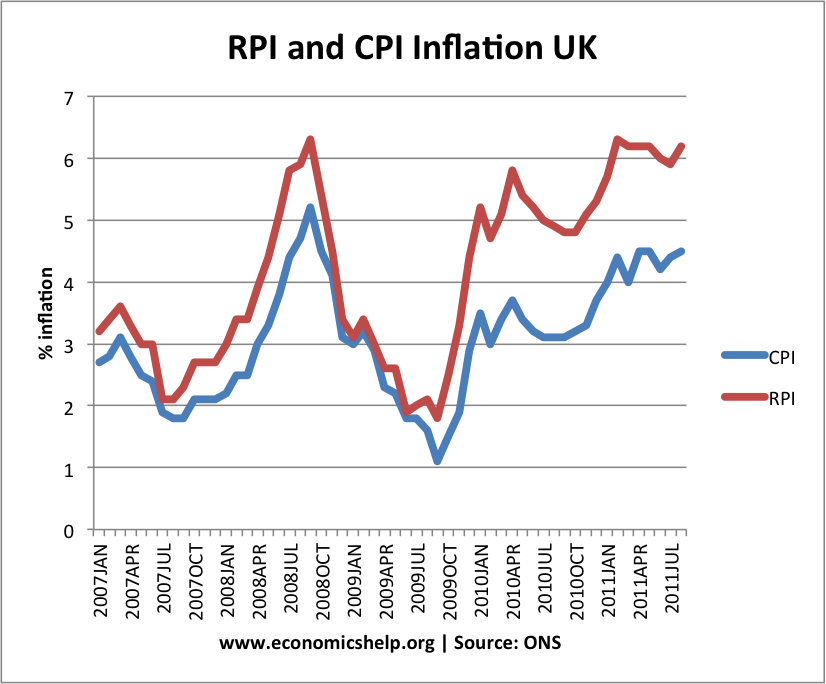 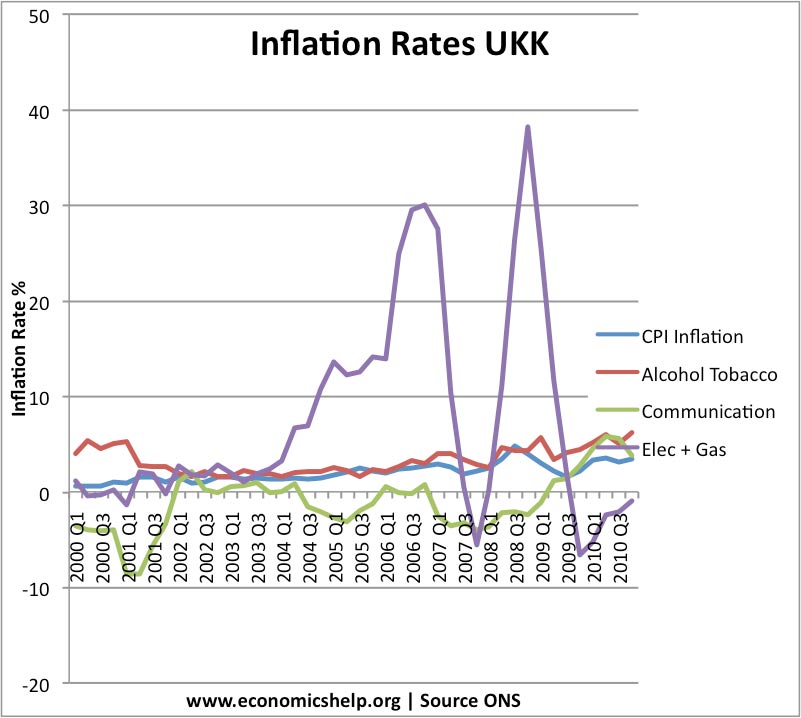 Graph shows that electricity prices are much more volatile than average inflation. If a high % of your income is spent on fuel, you will have a higher personal inflation rate. See also: fuel poverty

3. Psychology. You might argue that people tend to remember bad news more than good news. For example, the increasing price of petrol is well documented by the media and there are constant reminders as you drive around. However, it is easier to forget that the price of computers and mobile phones are becoming better value. Therefore, because we give more weight to ‘bad news’ rather than ‘good news’ our perceptions on inflation may be wrong.

4. Change in quality of goods. A difficulty in calculating inflation is that goods do not stay static. If mobile phones get more features and the price goes up – is that inflation or a better product. So with buying a new mobile phone, we are paying more, but this may not count as inflation because we are getting a different kind of mobile phone.

One solution to try and tackle mistrust of official inflation stats, is to use independent measures such as the billion prices index. This uses a much large range of data than official government statistics.

The Billion prices index project has shown a close correlation between the wide range of prices and actual CPI inflation. It has extended to countries like Venezuela – where inflation stats are much more unreliable.