The UK economy contracted by a provisional -0.7% in Q2 2012. This is a much bigger decline than most analysts expected. It means more bad news for the UK economy, struggling to regain positive economic growth.

The biggest falls in economic output occurred in sectors such as:

Services only showed a small decline of -0.1% 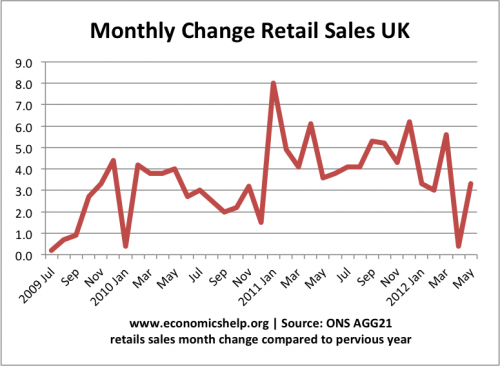 Retail sales were more promising. All retail sales values in May 2012 are estimated to have increased by 3.3 per cent compared with May 2011. Also employment figures show some kind of recovery – employment up 200,000. Unemployment down 100,000 since 2011)