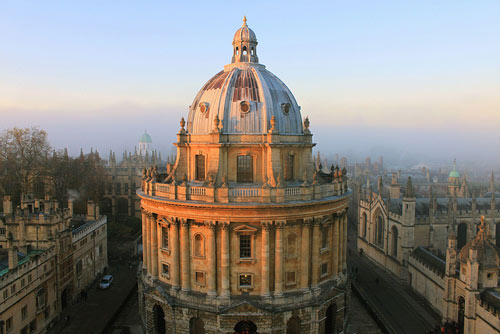 It’s the time of the year, where here in Oxford we see an influx of nervous Oxford interview applicants. It brings back ever-distant memories of when I had an interview for PPE back in the mid 1990s. It was quite exciting and at the same time nerve racking. My own interview was quite mixed. Politics and economics seemed fairly reasonable. Philosophy was impossible. But, my inability to understand philosophic logic didn’t stop me from being admitted. In a way the interview was actually a pretty good guide to how I did at Oxford. Scrapping a pass in philosophy in the first year. But, after being able to concentrate on economics and politics in second and third year, I did quite well.

Apart from going a complete blank in my philosophy interview, I don’t have too many memories of the interview process. I tend to now look back on it with rose tinted glasses. I think coming to Oxford was quite exciting compared to going to school in Bradford. (no offence to my Yorkshire roots, but as a city, Oxford is just a little more beautiful)

Apart from being inspired by the city, I do remember a school friend spending the night before ‘revising the FT’ Even now, I’m not sure how you ‘revise the FT’ perhaps he just did it to try and freak out the other interviewees, but even though I was nervous I somehow felt, we weren’t going to be tested on the previous days FT. I was right, though my super keen friend still ended up getting into Merton, so it did him no harm either.

I don’t remember getting much coaching for interviews, though my private school, Bradford Grammar, did give extra lessons for the Oxford exam (now since stopped). I think that extra coaching for the exam made a big difference. Though, I would have had extra coaching for A-levels so I don’t know how much the special Oxford exam favoured those with private tutoring.

These days, I sometimes give preparation mock interviews for Oxbridge candidates. I’m not overly keen on it. But, when they do come, it can be quite fun to give an interview. If the candidate is very bright and articulate, it’s reminiscent of a debate – more interesting than the usual teaching. However, if I had to do it for two days solid, I might start think – can’t we just look at A-level results?

I wonder whether his view is shared by other academics giving interviews? I would have thought there is some value in being able to interview potential students.  The post also raises another point about the potential conflict between teaching and research, academics face.

Whatever the merits of the interview process,  candidates are always trying to ask for what kind of questions may come up –  the leaves us one potential question:

Is the Oxbirdge interview process worth it?

So rather than read the contents of the FT the night before, you might get marginally more benefit from thinking about this kind of question.

1 thought on “How Valuable is the Oxbridge Interview Process?”