Another few graphs to look at the impact of the UK budget deficit on bond yields and interest payments. 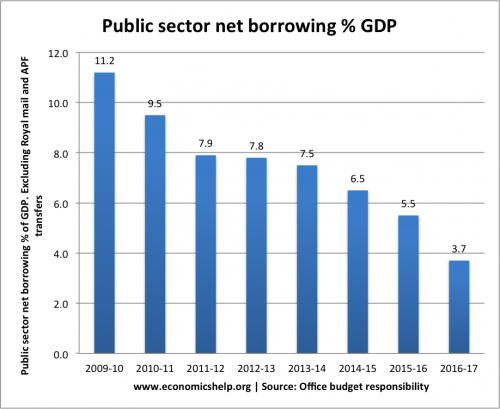 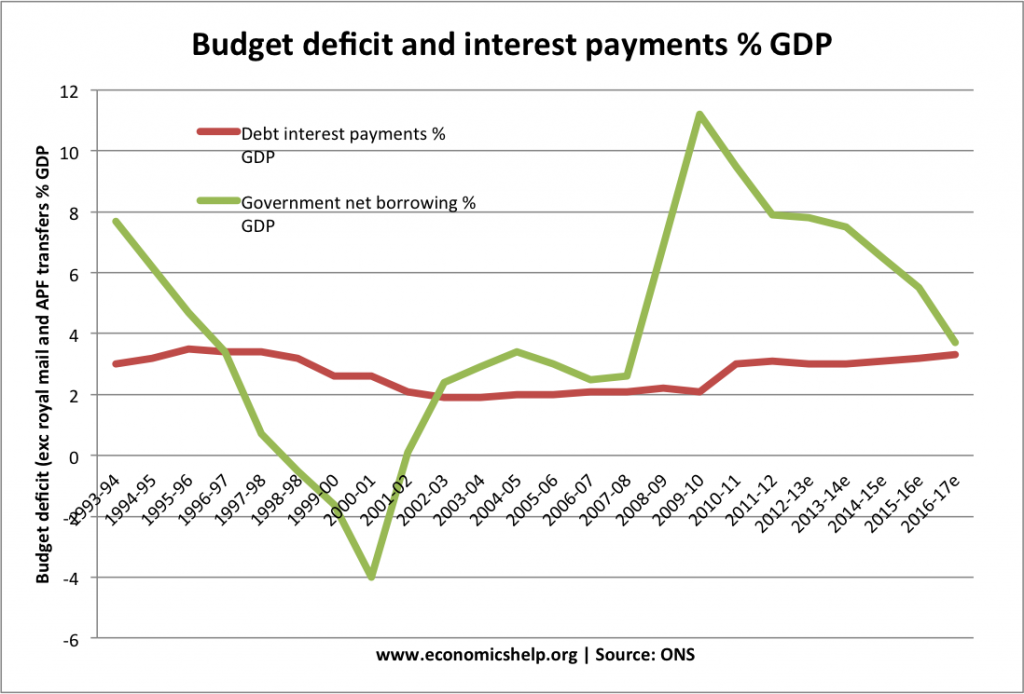 The very large deficits have had  little impact on changing the cost of net interest payments as a % of GDP. This is because, despite higher borrowing, bond yields have fallen to record lows. The amount of national income devoted to servicing debt interest payments is lower than in the 1990s.

You might be tempted to say, that because of government borrowing, we have to increase taxes just to pay the interest rate cost. But, this hasn’t happened yet.

Low bond yields are not guaranteed – just look at the Eurozone. But, despite the size of UK government borrowing, we still retain that very useful ability to print money and get the Central Bank to intervene in the bond market, if necessary. Interest payment costs are forecast to stay low into 2016-17. 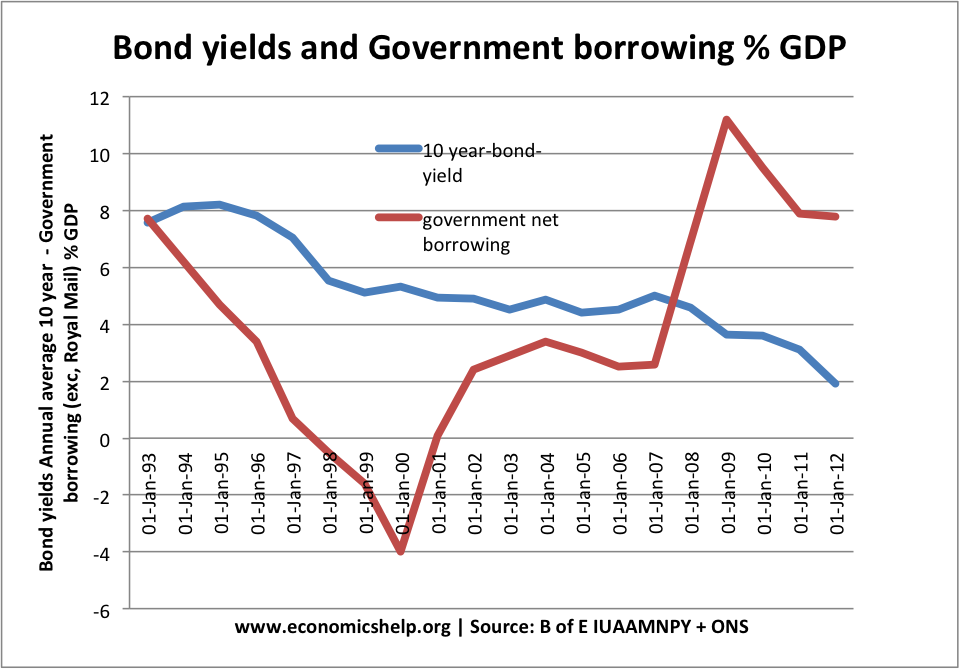 In the case of the Eurozone, increased budget deficits did cause rising bond yields. This was because markets feared illiquidity and demanded higher yield to compensate for the perceived higher risk.

However, if we look at the UK since 2007, a sharp increase in government borrowing has led to a significant fall in bond yields. The fall in the bond yields is mainly because in the recession, savings have increased and the private sector are keener to buy bonds. The Asset Finance programme has also helped keep bond yields low.