Readers Question: In 2008, did banks lend money to people who wanted to buy a house because they believed that the value of the housing market would keep rising? So even if people defaulted on their loan repayments then the banks could reposes the house as it was used as collateral. As the value of the house would be of greater worth than the loan so that the banks could make a profit. Is this correct? Thanks! 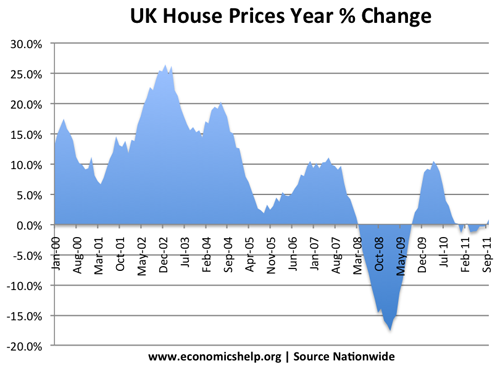 Mortgage lenders in both the US, UK and Europe became very keen to lend more mortgages because of rising prices, but also other factors, such as over-confidence, ability to borrow short term money / resell mortgage bundles. There were also significant differences between US lending and lending in Europe. In the US, mortgage lending was the most aggressive. UK and Europe retained some controls, but even so, mortgage lending rose sharply.

US Housing boom in historical context

Causes of the US Housing boom

The US housing boom was caused by a number of factors, but extravagant mortgage lending was a key factor.

The rise in US interest rates from 2004-06 was relatively modest, but it was sufficient to burst the housing bubble because so many had taken out a large mortgage assuming (hoping) interest rates would stay low like 2002-03.

These are some of the factors behind the great housing market boom and bust.

House price to earnings in UK 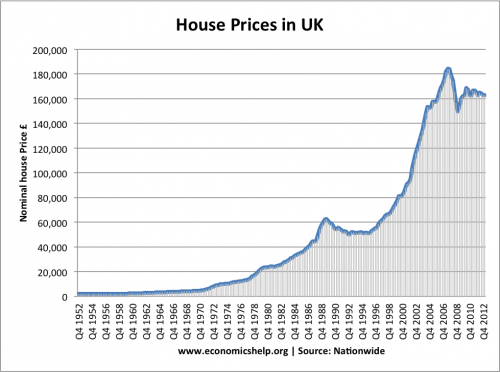 Ireland was an example of another country with rapid house price growth. There was a real boom in Irish house prices which caused a boom in home building. The above graph shows the end of the housing boom.