In recent years, I’ve frequently stated that fiscal consolidation can actually increase debt levels. It may seem a paradox because fiscal consolidation aims to reduce the budget deficit by increasing taxes and cutting spending. Yet, under circumstances, policies to reduce debt levels can actually cause a rise in debt to GDP. This seems to be a particular problem for Eurozone countries embarking on deficit reduction during the current recession. The IMF have a produced a paper – The Challenge of debt reduction during fiscal consolidation – which looks at the theory and empirical evidence behind this idea. It’s a difficult paper, but the main conclusions are

From the IMF introduction:

With multipliers close to 1, fiscal consolidation is likely to raise the debt ratio in the short- run in many countries. Although the debt ratio eventually declines , its slow response to fiscal adjustment could raise concerns if financial markets react to it s short-term behavior. It may also lead country authorities to engage in repeated rounds of tightening in an effort to get the debt ratio to converge to the official target. Not explicitly taking into account multipliers or underestimating their value may lead policy-makers to set unachievable debt targets and miscalculate the amount of adjustment necessary to bring the debt ratio down. 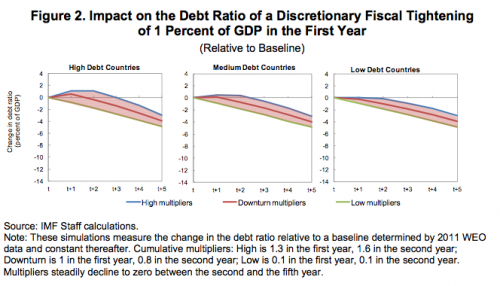 This model shows, high debt countries, with a multiplier of 1.3 would see an increase in the debt ratio for the first three years. In a recession, the multiplier effect of fiscal consolidation. 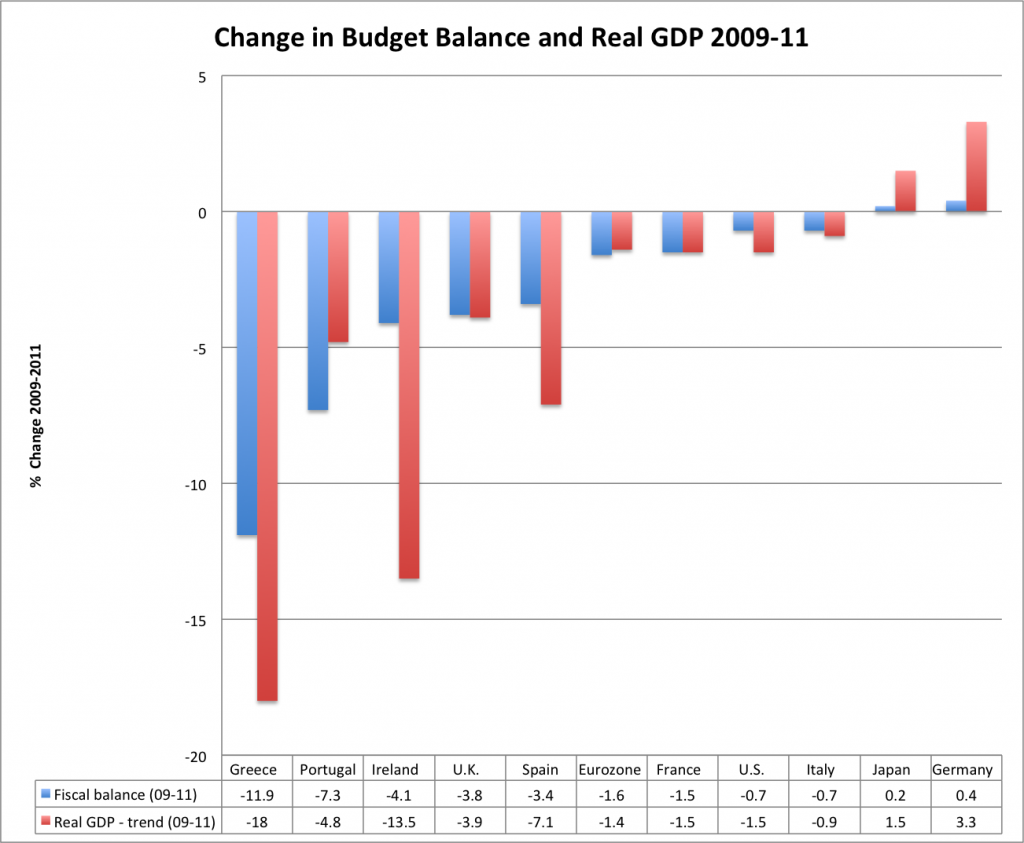