During the 1990s and first half of 2000, Ireland had one of the longest property booms on record. Between 1996 and 2006, the average price of second homes rose in Ireland rose by over 300%. The average price of new houses rose by 250%, according to the Department of Environment, Heritage and Local Government (DoEHLG). However, since the peak in early 2007, Irish house prices have fallen 50% – and there are few signs of promise for the Irish housing market.

The rapid rise in Irish prices was initially a reflection of economic fundamentals.

However, from the early 2000s, house prices increasingly reflected a boom period, with prices pushed higher by: 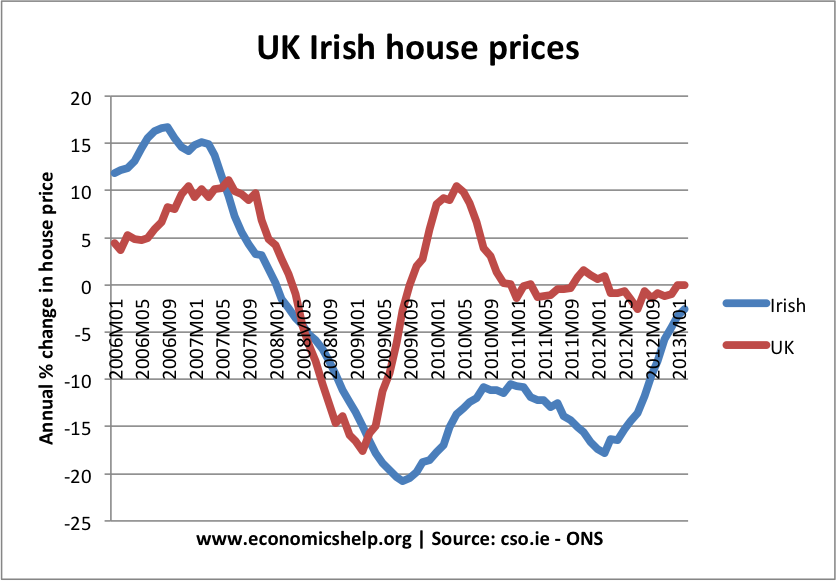 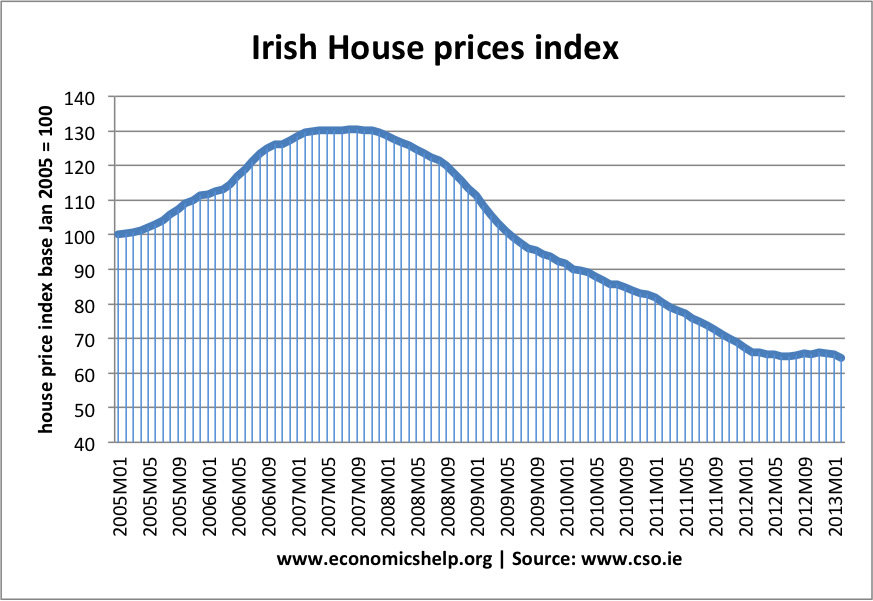 With interest rates at 1%, there is some hope that the Irish housing market will stabilise. There is some evidence, especially in Dublin that the fall in prices have been halted. Towards the end of 2012, there were tentative signs of house price rises in some parts of the country. However, this may prove elusive. Fitch estimate Irish house prices could still fall 20% due the large oversupply, but also the prospect of further mortgage arrears. Laws holding back repossessions could actually increase the rate of arrears as mortgage holders feel less pressure to pay (link). Burdened with austerity and high unemployment, the Irish economy is weak and will struggle to recover – especially with continued weakness in the European economy.