Interesting graph which shows the depth of the EU recession compared to the great depression of the 1930s.

This graph is from the start of 2013. Since, then the UK economy is showing signs of  picking up. But, it is still worth bearing in mind the length of the decline in GDP since the start of the recession.

European Unemployment in the 1930s compared to today

Also, quite significantly, there was much less welfare support for the unemployed in the 1930s. Therefore, unemployment arguably caused even greater economic hardship. Though, that is not to underestimate the economic / social and personal cost of unemployment in the current climate.

The Economist estimates unemployment rates of upto 25% in Europe during the 1930s. (Economist link)

A figure drilled into me in GCSE history was an unemployment rate of 6 million in Germany in 1933. 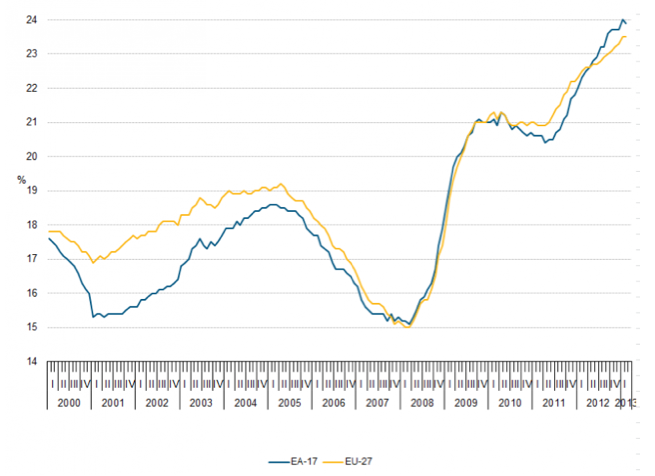 Youth unemployment in several European economies is also worryingly high, with rates of up to 40%. (European unemployment)

2 thoughts on “The depth of the European recession”