Fiscal policy involves the government changing the levels of taxation and government spending in order to influence aggregate demand (AD) and the level of economic activity. 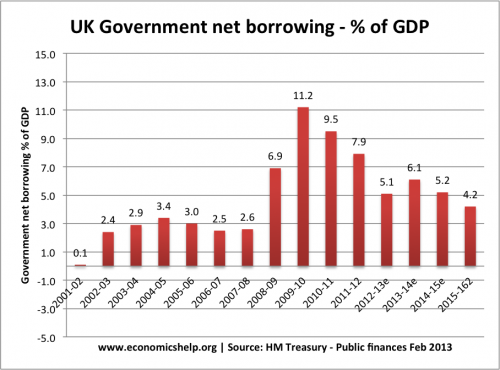 When the new coalition government came into power in May 2010, they argued the deficit was too high and then announced plans to reduce government borrowing. This involved spending limits. These austerity measures were a factor in causing lower economic growth in 2011 and 2012.

In the real world, fine tuning is difficult to achieve due to several factors.

The success of fiscal policy will depend on several factors, such as