It is a little hard to decipher as there seem to be two different measures.

The second statistic – Gross General Government debt includes debt by local and state governments and so gives a higher figure.

This gives total liabilities of $883bn

However, the statistics list £300bn assets, giving a figure for net federal debt of $582bn 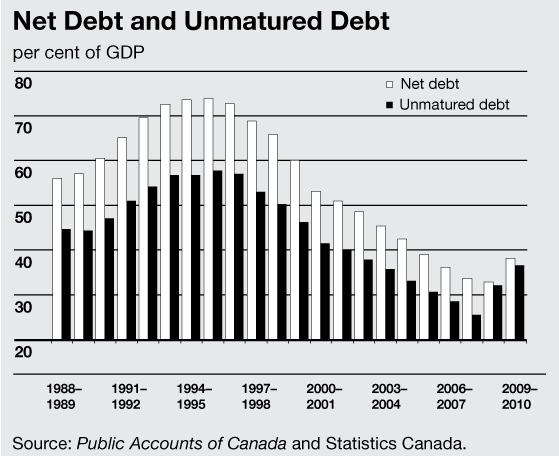 The only figure for Gross government debt I can find is sourced by the CIA factbook at 84% of GDP, but I can’t find a source for the CIA statistics outside the CIA. By the way, Wikipedia page on Canada Economy cites as a source for 84% the Canada Financial report, but there is no mention of 85% their – only the 38% of GDP.