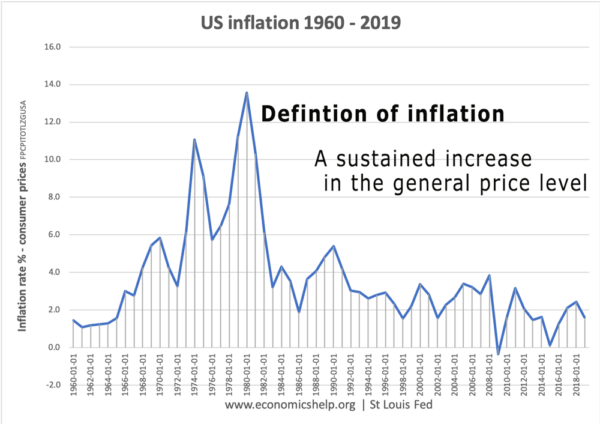 Inflation and value of money

Hyperinflation is generally considered to occur when inflation is greater than 1000%. With hyperinflation, money loses its value so rapidly that nobody wants to use it as a medium of exchange.

UK inflation in the post-war period.

Deflation is a fall in the price level of the economy. It means there will be a negative inflation rate.

Inflation is seen to have economic costs. These include:

Inflation can be caused by: