Agriculture often appears to be one of the most difficult industries, frequently leading to some form of market failure. In the EU and US, agriculture is the most heavily subsidised industry, yet despite the cost of the subsidy it fails to address many issues relating to agriculture. 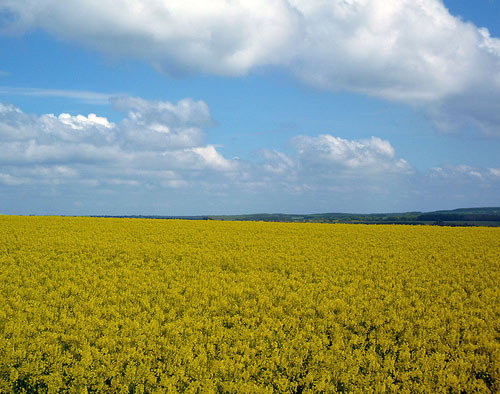 Types of market failure in agriculture

Prices in agricultural markets are often much more volatile than other industries. This is because:

This diagram shows that a ‘good’ harvest leads to an increase in supply. This leads to a significant fall in price ($350 to $200). See also volatile food prices

The problem of volatile prices is that:

Often farmers don’t share the same benefits of economic growth. As the economy expands, firms don’t see a similar increase in income. Food has a low-income elasticity of demand. As incomes rise, people don’t spend more on food. Also, technological advances can lead to falling prices rather than rising incomes. Many developed economies feel it is necessary to subsidise farmers to protect their incomes.

For a developing economy, their current comparative advantage may lie in producing primary products. However, these may have a low-income elasticity of demand. With global growth, the demand for agricultural products doesn’t increase as much as manufacturing. Therefore, relying on agriculture can lead to lower rates of economic growth.

Modern technology has enabled increased crop yields. However, this often requires chemical fertilizers which cause pollution. As farming becomes more competitive, there is a greater pressure to produce more leading to increased use of chemicals. However, artificial fertilizers have diminishing returns, so it becomes more expensive and greater environmental cost for little benefit. Many farming methods have led to deforestation and cutting down trees. This can upset the eco-balance making regions more susceptible to flooding.

You could argue farming communities play an integral role in rural life. If farmers go out of business, it has adverse consequences for rural communities and the environment they live in. This is often a justification for subsidising farmers (e.g. the social benefit of subsidising sheep farmers in the Lake District)

Problems of government intervention in agriculture

Photo: A field in the Cotswolds by Tejvan