Trade Union density refers to the percentage of the workforce who belong to a trade union.

Since the early 1980s, there has been a steady decline in the density of trade union membership in the UK workforce.

Traditionally, trades unions were strongest in heavy manufacturing. Industries like steel and coal. Sometimes, trade unions even had closed shops. An agreement where someone had to be in a union in order to get a job (ensuring a density of 100%)

However, in the past few decades there has been a marked change. The industries with highest union density are now in the public sector – public administration, education and health care. Mining has a density of only 25%

The lowest union density is in accommodation and food service.

Union Density by Type of Job 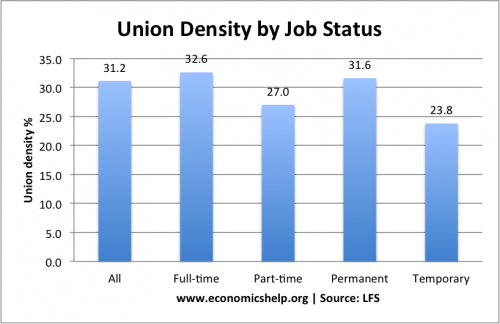 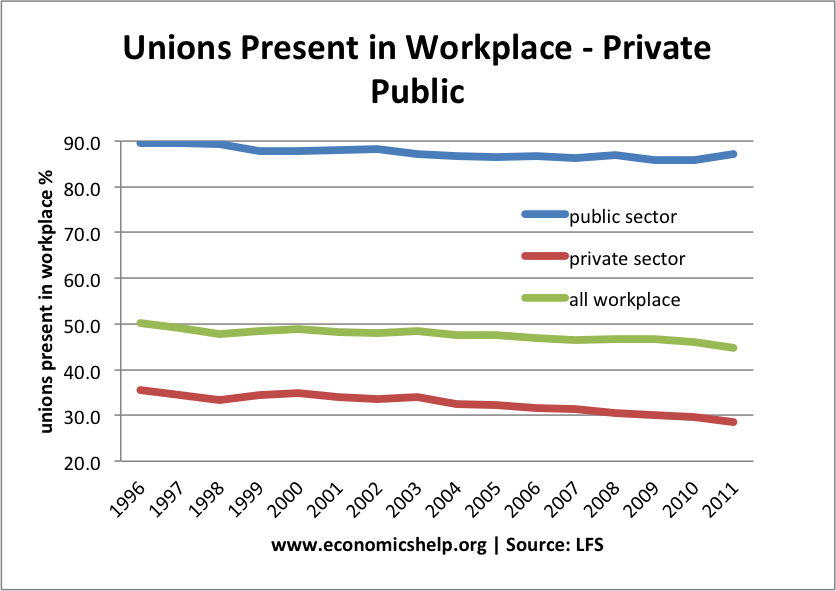 A bit different to union density – The percentage of workplaces where trade unions have a presence. A huge gulf between public and private sector.

Reasons for Decline in Trade Union Density in UK 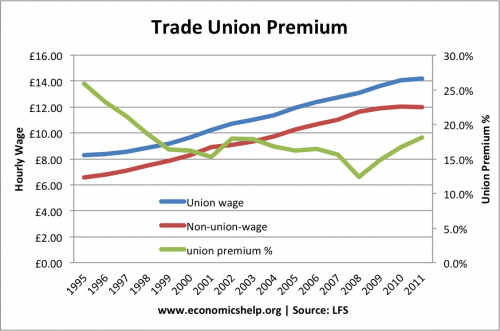 Typically those in trade unions have received a higher wage than non-unionised workers. The ‘premium’ of being in a trade union has declined by a small amount – though there may be many factors affecting wage part from bargaining power of a trade union.

2 thoughts on “Trade Union Density in the UK”