Over the past few years  (2008-12) – the idea that an economic downturn increases government borrowing is probably one of my most repeated sentences on this blog. 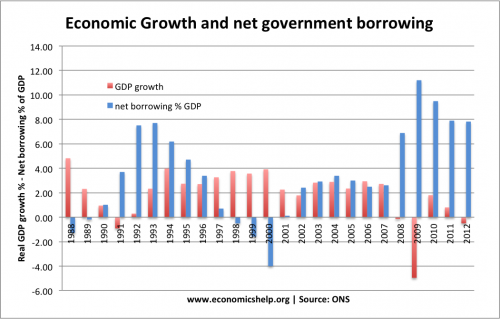 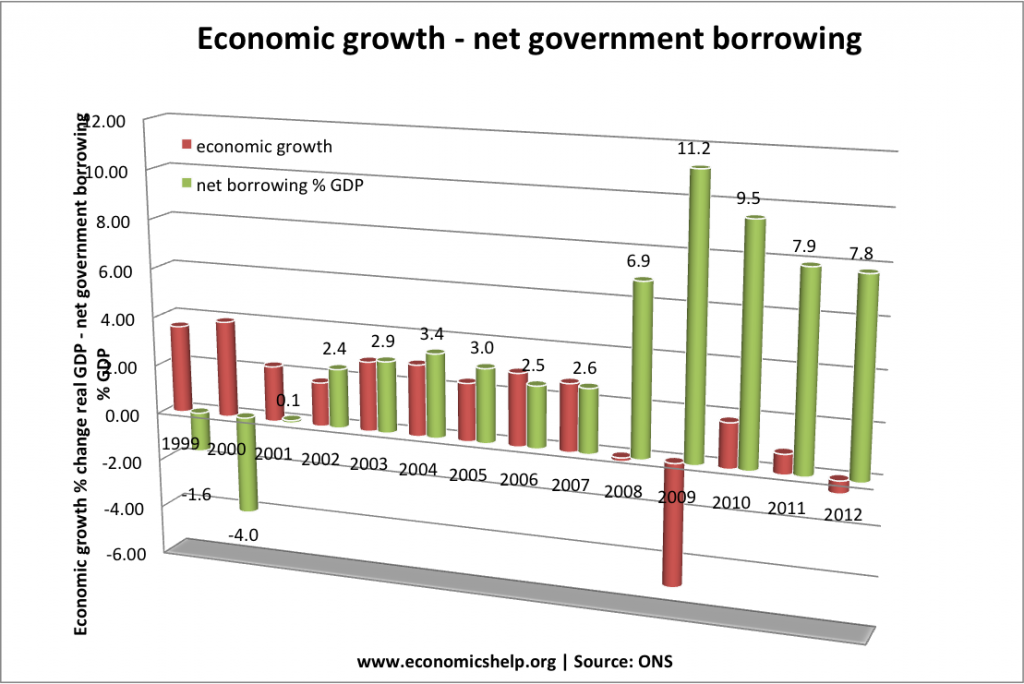 Why does government borrowing increase in a recession?

Even if tax rates stay the same, negative economic growth, will lead to lower tax revenues. For example:

In a recession, the government will tend to spend more on automatic fiscal stabilisers. For example:

Example of cost of unemployment benefit spending in US 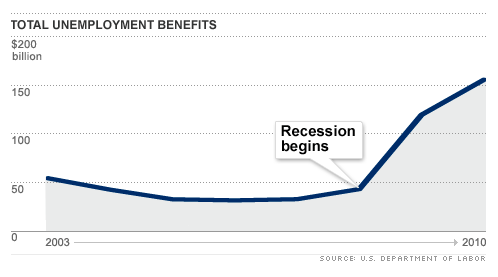 Cost of unemployment benefits $319 so far in US. CNN money

The cyclical deficit refers to the level of government borrowing directly attributable to a recession.

This refers to the underlying level of government borrowing – even if we ignore cyclical factors, such as temporarily depressed level of tax receipts.

This refers to a measure of government borrowing adjusted for the economic downturn. This cyclically-adjusted deficit would be less volatile.

However, it can be difficult to evaluate how much borrowing is cyclical. For example, unemployment may lead to a permanent loss of output, which leads to future lost tax revenues. Many underestimated the depth of this great recession and so borrowing has fallen at a slower rate than expected.

The impact on tax revenues will depend on several factors. For example, in the boom years, the Irish economy was heavily dependent on property taxes. When the property market collapsed, the Irish government saw a significant fall in tax revenues.

By contrast, tax receipts from VAT are generally more stable and less cyclical because consumer spending is less volatile than buying houses.

The UK was hard hit by the 2009 recession because it hit the financial sector more than usual. The finance sector generally has the highest wages and contributed significant income tax and corporation tax revenues in the boom years. When the recession hit the financial sector, there was a considerable loss of income tax and corporation tax revenues.

1 thought on “How does the economic cycle affect government borrowing?”