Irish national debt has increased to 117% of GDP in recent years because of a large financial bailout to Irish banks, deep recession which saw a 20% drop in nominal tax revenues, and continued weakness in GDP growth which has made it difficult to reduce debt to GDP, despite government spending cuts. 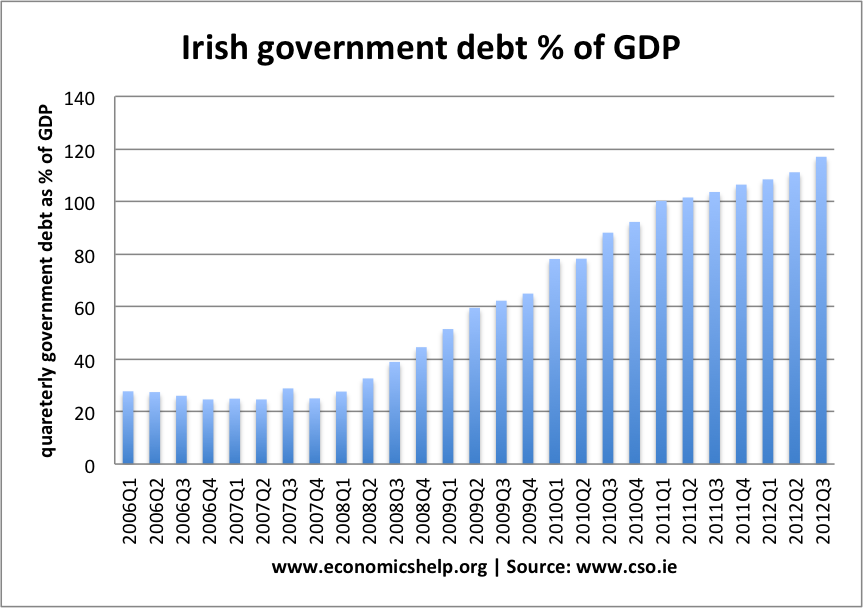 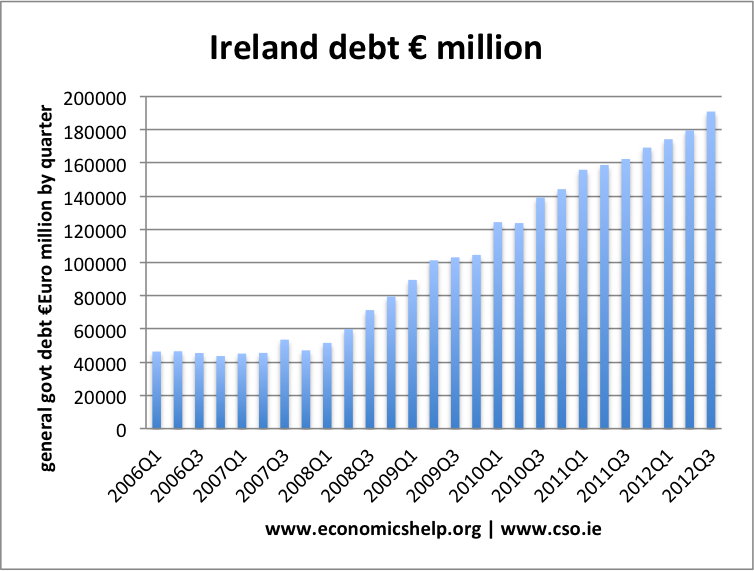 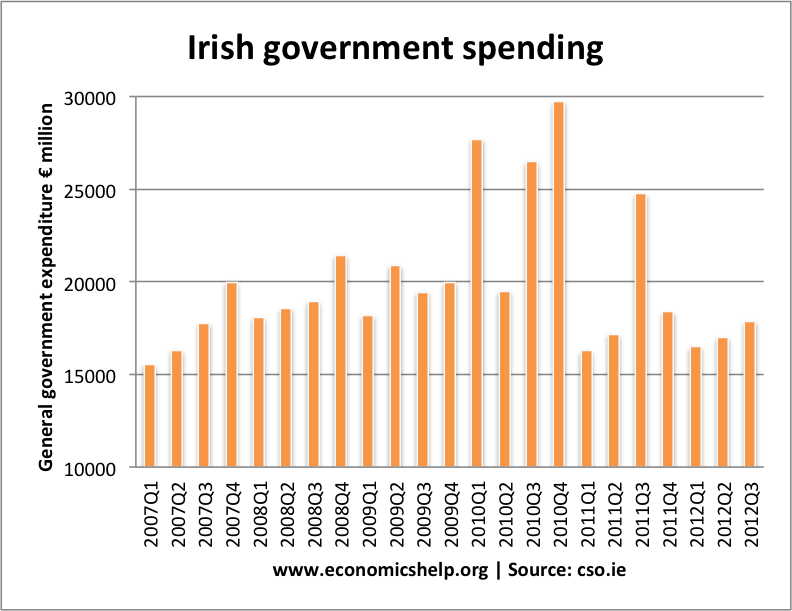 The peaks in spending in 2010 were related to the Irish government bailout of banks. After the bailout, the government has pursued spending cuts.

Example of spending cuts from 2012 budget at Telegraph

Note: These statistics are not adjusted for inflation. The real decrease in tax revenues is even greater. 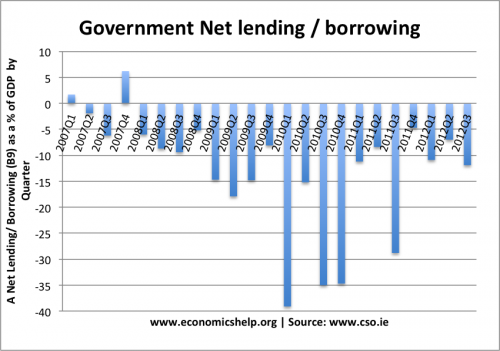 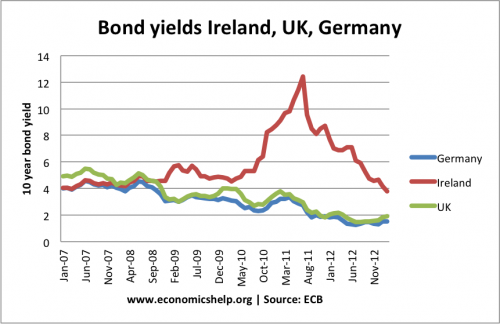 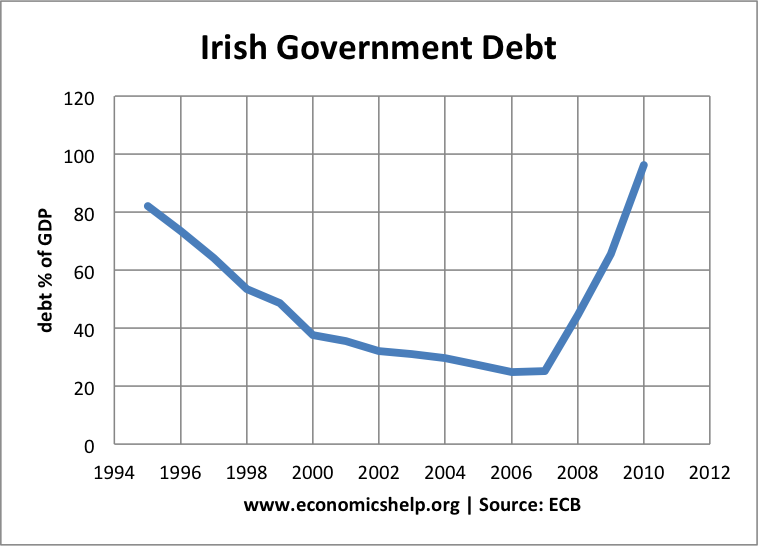 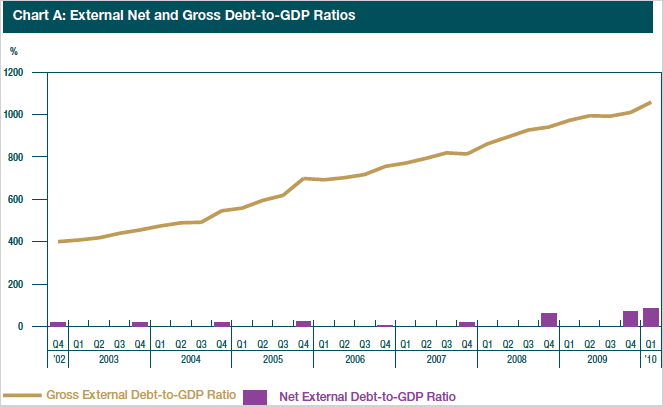 Gross External debt to GDP shows the liabilities to non-Irish residents. This amounts to over 1,000 % of GDP march 2010. However, these external liabilities are mostly offset by external assets. e.g. non-banking firms owning foreign assets. 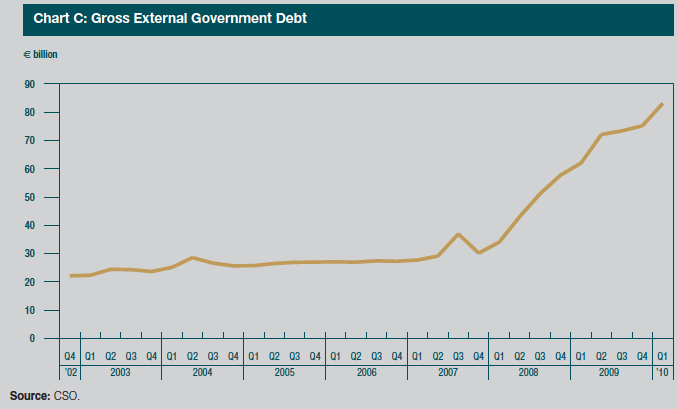 Gross external government debt has increased from €30billion to over €80bn in 2010.