France national debt has increased significantly over the past two decades. In 1985, government debt was 37.9% of their GDP. French national debt is now 85% of GDP. In Q4 2011, French debt is currently 1717 bn Euro 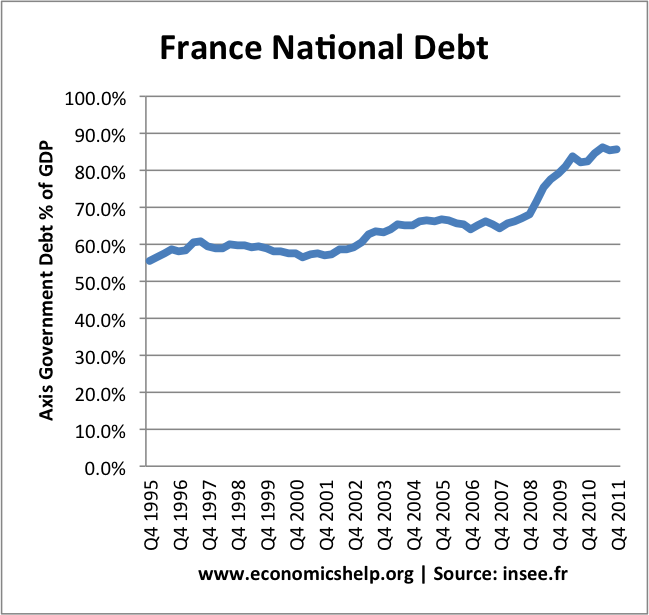 Source: INSEE – general government debt according to Maastricht criteria. Up to Q4 2011

France still has a AAA credit rating (list of countries with highest rating) Despite a relatively high public sector debt, it is financed by long term securities giving France more leeway. Also, its annual budget deficit is not too high. The President has sought to cut the annual budget deficit from 7.1% of GDP (2010) to 3% of GDP by 2013. Forecast deficit of 2011 of 5.7% (reuters)

In the long term, there are also concerns over the vibrancy of the French economy, economic growth has been relatively low since 1998. (France stats at OECD) Furthermore France has one of the most generous welfare states. A low retirement age and powerful unions to resist any increase in retirement age, means the government could increasingly face a rise in the dependency ratio and higher entitlement spending.

This shows the annual borrowing requirement. I have compared it to the level of borrowing in the UK, which is higher. 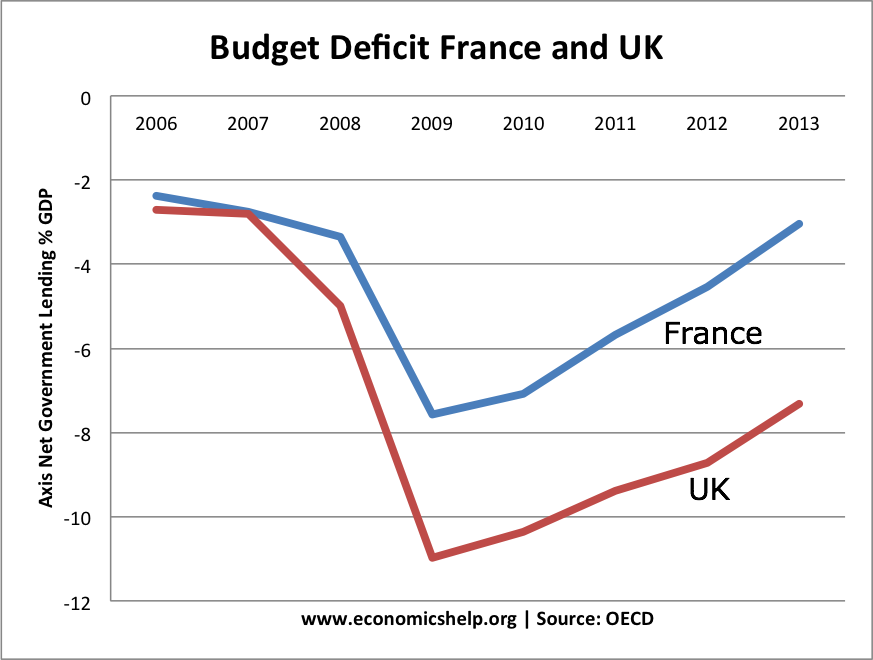 The public net debt is defined as the difference between the public debt according to the Maastricht definition and the deposits, loans and securities other than shares held by the general government over the other sectors. Those assets are accounted in their nominal value.

Until 2011, France had the highest credit rating AAA. This was downgraded to AA+ by Standard & Poor’s (S&P). In May 2012, S&P warned there was a one in three chance that France will lose its AA+ credit rating over the next year and a half.  Moody have kept France’s AAA but have put it on a negative watch. (Moody at Bloomberg, April 2012)