One of the most talked about issues in US politics is the US fiscal cliff.

The fiscal cliff refers to the situation at the end of 2012, where a series of tax increases and spending cuts (worth $600bn)  are due to come into force automatically. This amounts to  This will reduce the budget deficit, but cause lower growth. The alternative is to reject these planned budget cuts and allow the deficit to continue to grow. This will allow stronger economic growth, but leave the debt issue unchallenged.

A complicating factor for US politics is the debt ceiling. This is the legal amount by how much the government can borrow. The debt ceiling can be raised, but it has to go through the Senate to be voted on. This gives scope for political wrangling and efforts to push for some favoured spending cuts in return for allowing debt ceiling to be raised.

One feature of the recent crisis has been the degree to which governments underestimated the forecast rise in government borrowing. The IMF produced a report which looked at forecast debt from 2007, and what debt actually was three years later. In ten selected countries, the increase in the gross debt ratio 31.8

To some extent, this reflects the wider failure to forecast the recession. As well as underestimating debt levels, governments proved widely optimistic on GDP and unemployment. However, the recession wasn’t the only reason for governments to underestimate debt levels. There were also failures to account for liabilities, such as hidden obligations to public corporations and Public private finance initiatives. This shows that many countries need to improve their fiscal transparency.

Why Forecasts were Wrong

There was quite a degree of variability in why debt forecasts were wrong. For example, in the UK there was only a minor underestimation of its fiscal position (3.7% of GDP). Most of the UK’s higher than expected debt were a consequence of the unexpected recession and financial sector intervention. 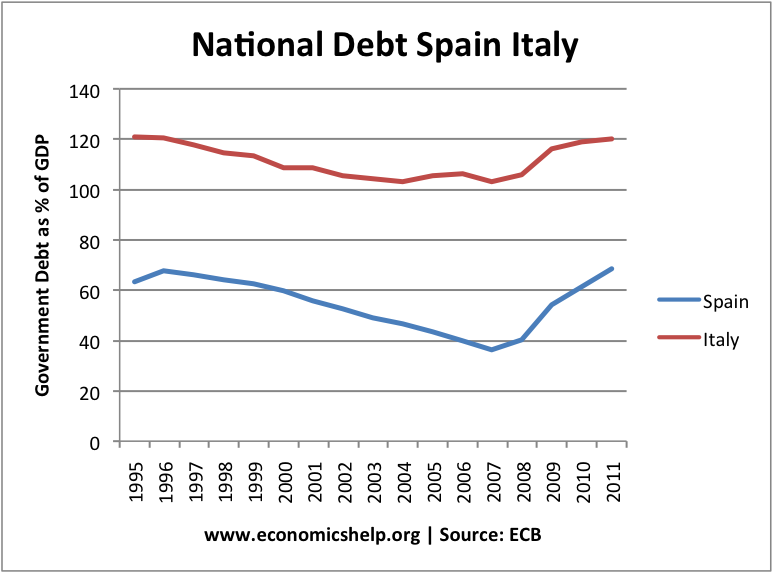 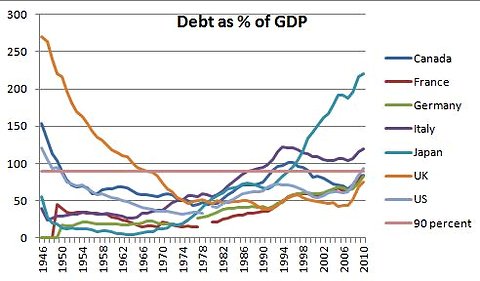