Trickle down economics is a term used to describe the belief that if high-income earners gain an increase in salary, then everyone in the economy will benefit as their increased income and wealth filter through to all sections in society.

How the trickle-down effect may work in theory

If the richest gain an increase in wealth, then

An important element of the trickle-down effect is with regard to income tax cuts for the top-income earners. It is argued that cutting income tax for the rich will not just benefit high-earners, but also everyone. The argument is as follows:

A study by NBER June 1997 Engen and Skinner conclude that:

I have a joke about trickle-down economics. Only 99% of you will get it.

Many economists are sceptical of the belief in ‘the trickle-down’ effect. One reason, the wealthy have a higher marginal propensity to save, and also n recent years, wealth has been saved in off-shore accounts to avoid paying tax. Therefore, when the wealthy gain extra income, only a small percentage may filter through to low-income workers.

Also, some studies suggest that increased income inequality can lead to this inequality being solidified through educational opportunities, wealth accumulation and the growth of monopoly/monopsony power. Furthermore, increased inequality may lead to lower rates of economic growth.

Tax cuts have no clear impact on growth. In The Economic Consequences of Major Tax Cuts for the Rich (2020), by David Hope and Julian Limberg, the authors found tax cuts for the rich, had no statistical effect on economic growth. They looked particularly at the 1980s in UK and US, where significant taxes were cut.

“The results also show that economic performance, as measured by real GDP per capita and the unemployment rate, is not significantly affected by major tax cuts for the rich. The estimated effects for these variables are statistically indistinguishable from zero.” (LSE)

Real GDP and Median wages in the US

In the US, real GDP has grown faster than median wages since the early 1980s. In the 1980s, taxes were cut for high earners and there was a significant increase in inequality. Proponents of the Reagan tax cuts and supply-side economics argue it was worth it because everyone benefitted from rising GDP. However, the median wage, (which is the wage the middle-income earners actually receive has increased slower than real GDP, suggested not all the gains of the top 1% have trickled down to average workers.

Inequality and lower growth. A recent report by the OECD found that since the start of the credit crisis in 2008, inequality has widened in many countries; however, this inequality has led to lower rates of economic growth not higher.

This graph from an OECD report suggests that inequality is responsible for lower GDP. The OECD estimates that the UK economy would have been more than 20% bigger had the gap between rich and poor not widened since the 1980s.

New statistics from the ONS, show that there are large disparities in wealth within the UK.  In 2010/12, aggregate total wealth of all private households in Great Britain was £9.5 trillion, (increasing from £9.0 trillion in 2008-10.

Some highlights from the report

Wealth is a stock of assets that an individual has at any particular time; this can be assets in the form of money, pension, shares or property. The ONS split wealth into four main categories

The closer the curve is to the line the greater the equality of distribution. Financial wealth has the greatest degree of inequality.

Readers Questions: is this the worse time to be a young adult in the UK?

I will answer this question primarily from the economic point of view.

The first thought that springs to mind is that if you look at the long history of the UK, this is probably a good time to be young in the UK.

Median incomes are close to an all time high (even despite the fall since since the 2008 crisis), educational opportunities are arguably better than before (even if more expensive), unemployment is relatively low and likely to fall (even if there is greater insecurity in the new job market).

It is always tempting to think that every thing was rosy in the past. But, living standards have consistently risen in the past few decades. It is true, that for the past five years, real incomes have stagnated even fallen, throwing into greater contrast rising living costs, especially housing. However, were the previous generation really better off?

There are several reasons to be concerned about prospects for young people.

Firstly, housing is a real problem. There is a serious shortage of affordable housing – especially in London and the south. This means that many young people simply can’t afford to buy a house like their parents generation could. Home ownership rates are falling – especially amongst people under 30. 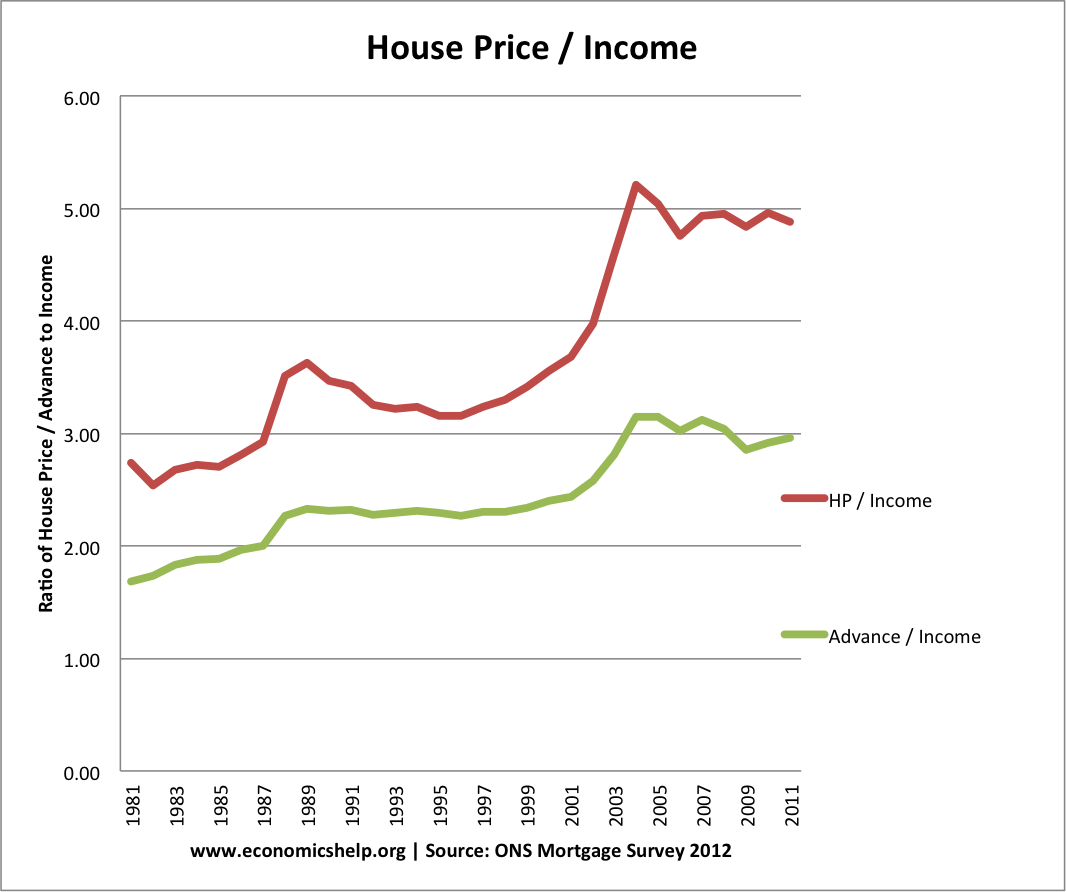 House prices are rising faster than incomes. See more at UK housing market stats – including house price to income ratios. For many young people, buying a house is just an impossibility. 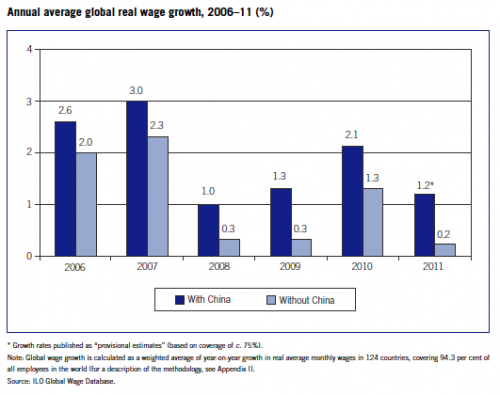 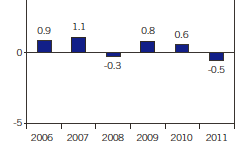