When measuring the largest / best economies, there are different ways of ranking countries. 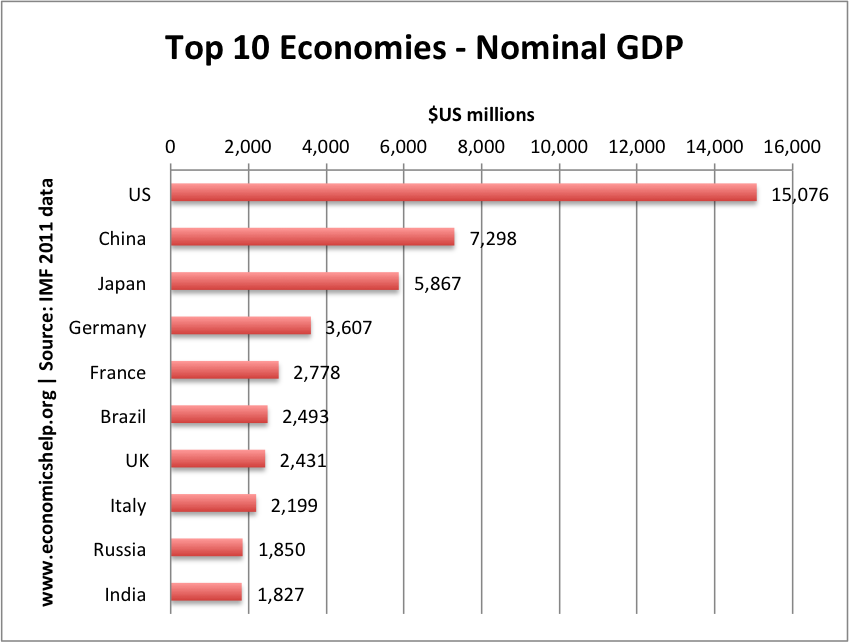 Top 10 Economies by GDP Per Capita 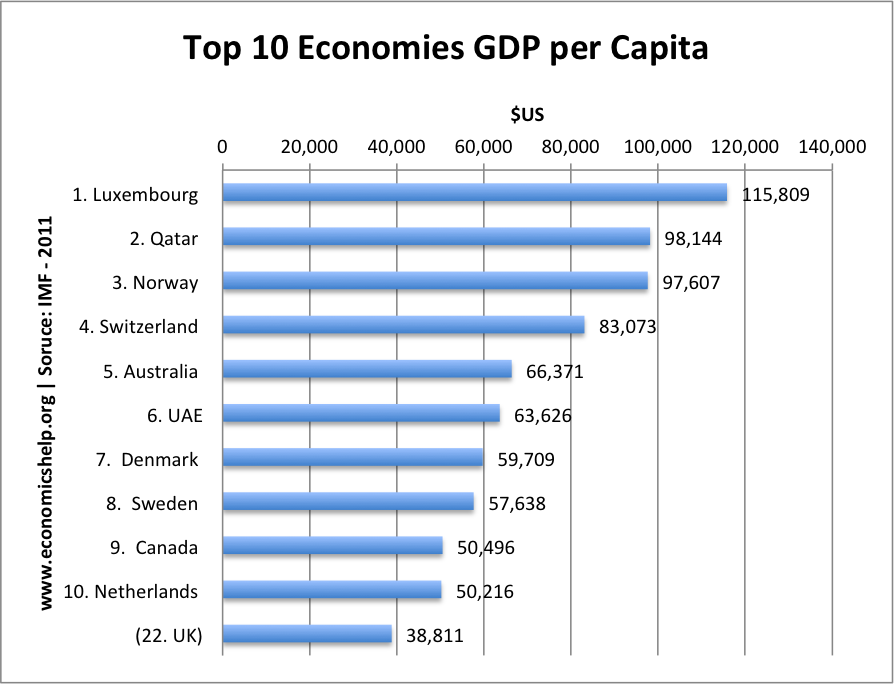 An entirely subjective way to measure economies would be to look at how they are currently performing and their likely prospects for the future. In this regard, the under-performing Eurozone economies would be ranked much lower – despite their relative high GDP per capita. Also, it could give much greater importance to unemployment and social instability. The mass unemployment and social unrest in Greece and Spain is arguably more important than GDP per capita or nominal GDP. Using this criteria, a top 10 list could include

The largest economies are currently dominated by western economies. However, over the next decade this is likely to change. Developing economies, such as China, India and Russia are forecast to overtake some of the western economies. This is because they are predicted to have a faster rate of economic growth. At their stage in their economic development, there is usually greater potential for a faster rate of economic growth as they catch up with more developed economies. This process of catch up could occur quicker than expected.