A look at the main UK housing market data. 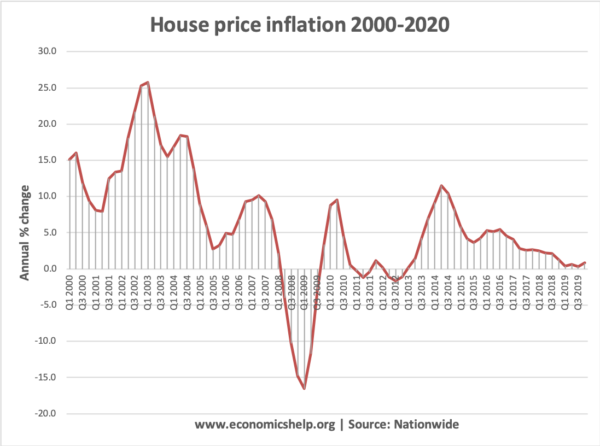 UK House prices in the past few decades

Real house prices are adjusted for the effects of inflation. This gives a more meaningful guide to how house prices have increased compared to typical prices in the economy.

This shows the real increase in house prices – rising faster than inflation. 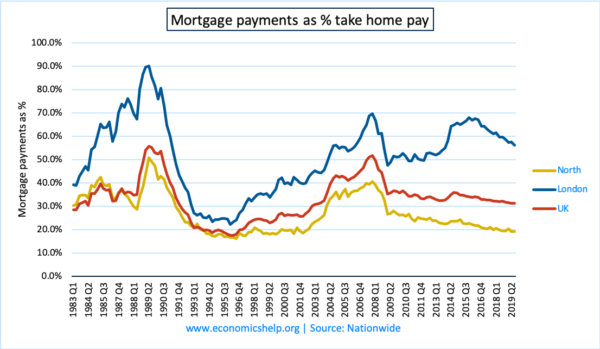 The nationwide also produce an affordability index. Index base year 1985=(100)

Interest rates in the UK 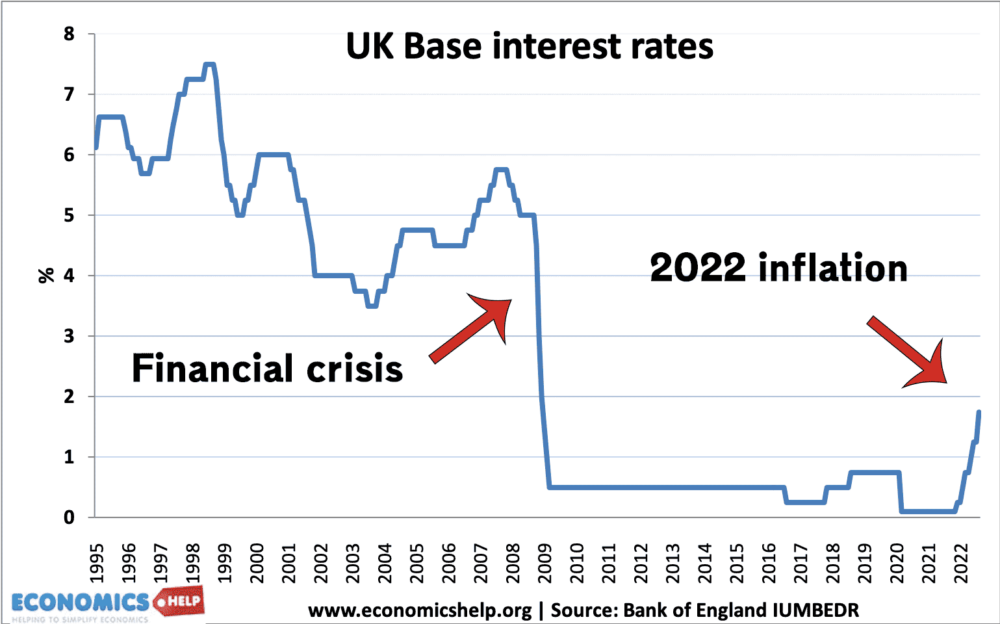 interest rates at the Bank of England

There has been a dramatic fall in Bank of England base rates (which has continued to remain at 0.5%) but the bank’s standard variable rates have fallen at a much lower rate. See more at explaining the gap between base rates and commercial lending rates.

During the post-war period, construction of local government housing increased supply. Home builds reached over 400,00 a year in the late 1960s. However, from the 1980s, the government retreated from building houses, leaving it to the private sector and a small contribution from housing associations. Due to strict planning legislation, the supply of housing has failed to meet government targets.

For example, in 2007, the government estimated they would need to build 240,000 homes a year until 2016, to keep up with growing demand. However, after the credit crunch, housing completions fell to 100,00 a year.

Between 1950 and the early 1980s, the percentage of homes which were bought steadily increased, and the renting sector fell. Mrs Thatcher encouraged this trend in the 1980s, with a policy of encouraging home ownership and selling off council homes. Mrs Thatcher allowed the sale of council properties to their tenants. The stock of social housing has fallen since the early 1980s.

However, the trend in homeownership has been reversed in the last decade, due to the declining affordability of homeownership. 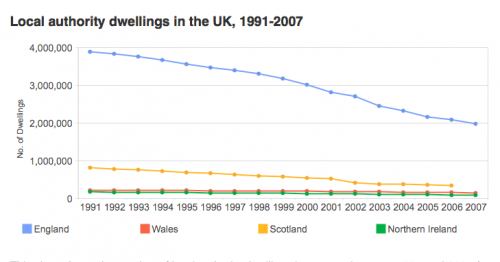 local authority housing stock has plummeted due to the popular right to buy scheme and transfer of housing stock to housing associations.

The high house prices have led to a drop in homeonwership rates for young people. 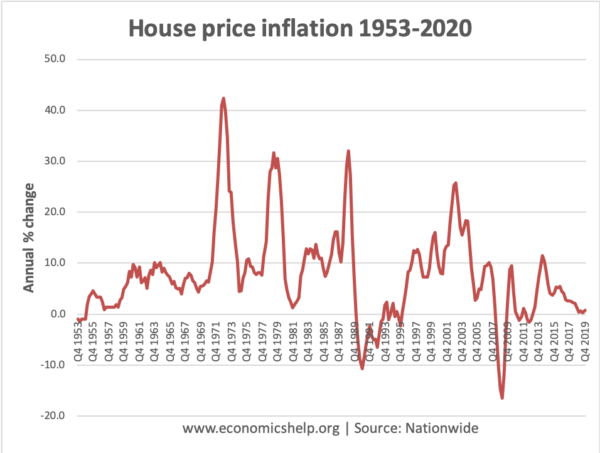 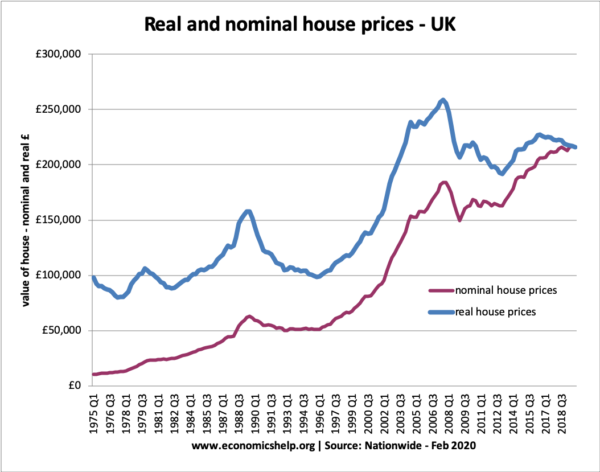 Even adjusted for inflation, we have seen strong growth in house prices. Real house prices 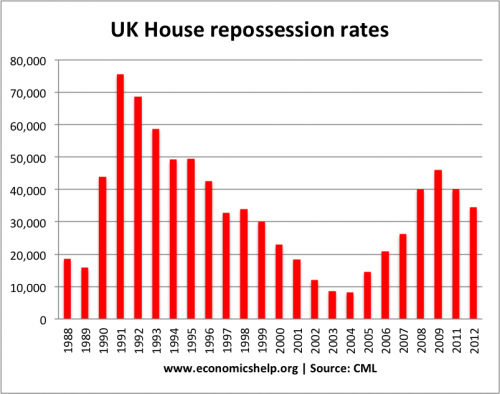 Just under 5 million receive housing benefit, at an average of £93 a week. This is a rough annual cost of £23 billion.