UK government spending passed over £1 trillion in 2020 due to the extra spending measures of the Covid Pandemic.

UK Public spending as % of GDP

In 2000-01, several years of government spending restraint combined with rising economic growth, saw government spending shrink to under 35% of GDP. Between 2001 and 2007-08, spending rose to over 40% of GDP due to sustained increases in spending on health, education and welfare spending.

In 2007/08 the financial crisis and subsequent recession led to higher spending as ratio of GDP – even though the new Conservative government pursued austerity and sought to cut government spending or limit spending in many areas.

Health care has been the biggest source of growth since 2010. Social protection, which includes pensions has been flatter since 2010 because of low real income increases in welfare benefits.

This shows recent government borrowing. As expected in a recession, borrowing peaks. 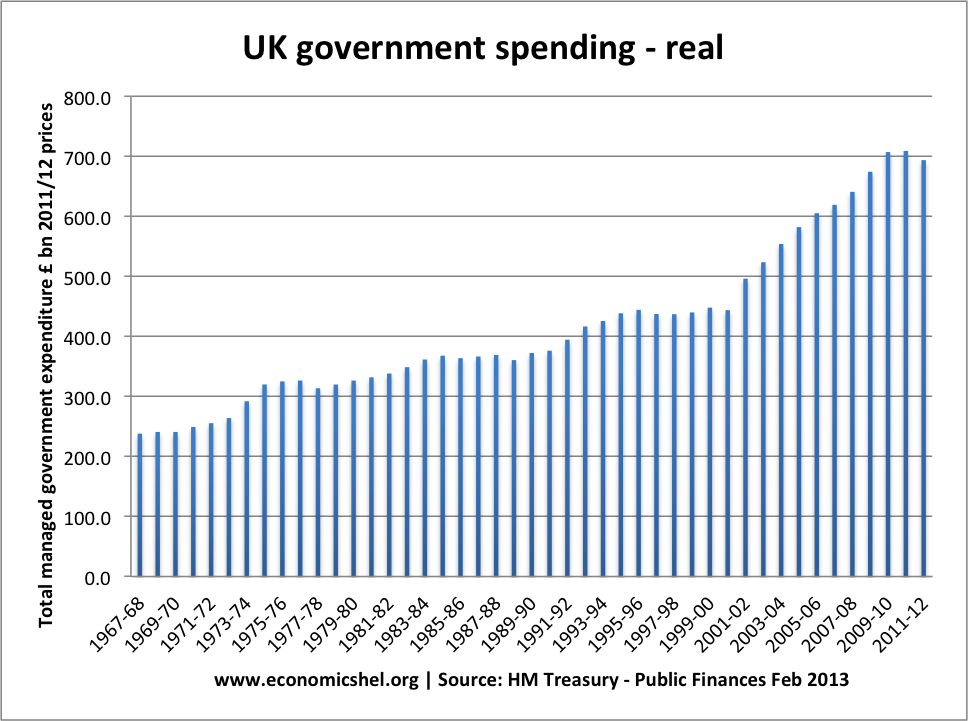 UK government spending as % of GDP since 1900 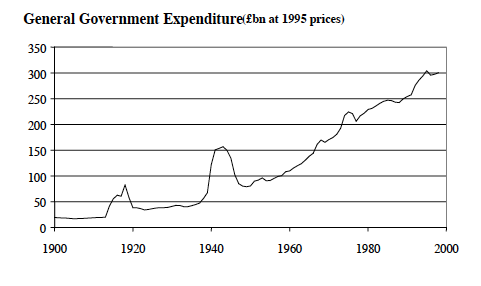 (at 1995 prices means the actual spending is adjusted for inflation since 1995. 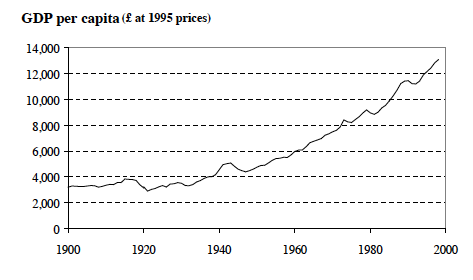 What does the Government spend its money on? 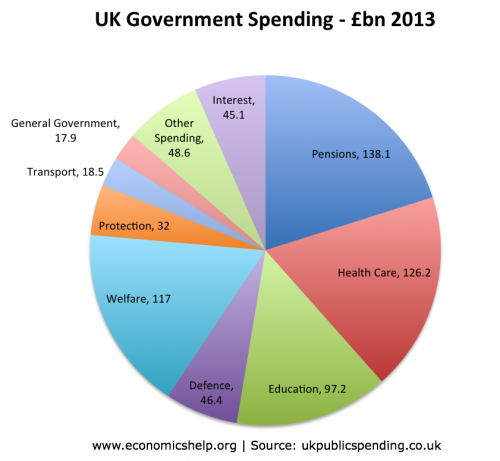 Further reading – What does the government spend its money on 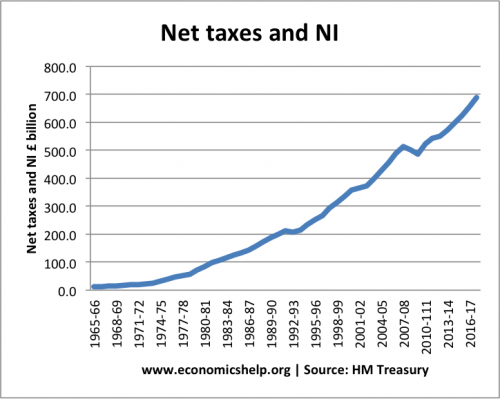 Government taxes as % of GDP

It is worth noting that net public sector receipts in 2011-12 were 36.9% of GDP – This is higher than total tax revenue of 35%. This is because the government can receive income from the proceeds of privatisation or selling mobile phone licenses.

Source of Data on government spending

6 thoughts on “UK Government spending – real and as % of GDP”